Tim Probert is a freelance illustrator working in New York. Tim studied painting at Boston University and worked in animation. Recently Tim has been doing illustrations for Children’s books.

I want to introduce both Tim and New York to you through his illustrations in “New York, Phew York”, by Amber C Jones. Tim’s illustrations take the reader to19 neighbourhoods in New York and the added treat is the scratch and smell that brings New York right to your nose.

Zoneone Arts brings Tim Probert and also comments on the writing of this book by Amber C Jones…. 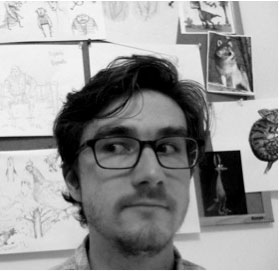 |In Illustrators
|By Deborah Blakeley

Before we talk about “New York, Phew York” can you discuss the three different areas of your work?

Sure! In addition to illustrating ‘New York, Phew York’, I’ve also illustrated ‘Pickle: The (Formerly) Anonymous Prank Club of Fountain Point Middle School” for Roaring Brook Press and contributed to the anthology ‘Chocolate Chips & Rocket Ships’. Illustrating books is something I really enjoy and I hope to do many more.

I have done animation and production art for several different clients. I designed and animated short bumpers for Cox Sports that would play after commercial breaks during college basketball games. For the Providence French Film Festival, I designed and animated an introduction video. That animation plays before every movie they screen at the festival. I also created an animation for the Cable Car Theatre in Providence that was used to promote a successful Kick starter campaign. 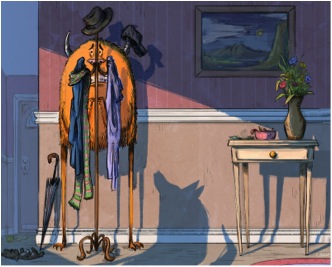 Most of the graphic art I have done relates to advertising. I have illustrated for billboards and designed t-shirts. I have also designed websites and icons for software.

How did this book illustration deal come about?

Amber was looking for an illustrator for the book and a mutual friend recommended me. Amber checked out my work and reached out to find about me working on the book. I did a couple samples and we went from there. 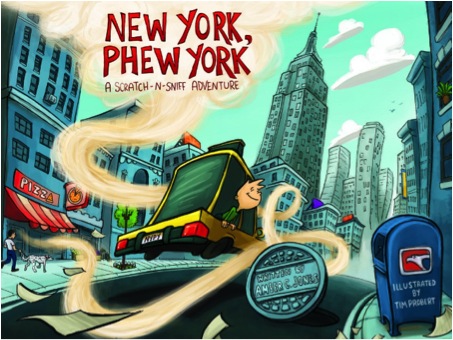 How did you and Amber connect?

We worked on the book via email and phone calls.

Where did you actually do the illustrations, in your studio or on the streets of New York?

I did the illustrations in my studio, but I did lots of research on the streets. I’d take photos, do some sketches on the streets, etc. Though I’m from New York and live there now, I was living in Providence at the time, so in a pinch I could use Google Street View to get a feel for the layout and types of buildings in certain neighbourhoods. The majority of research was done on location though.

Who’s perspective are you drawing from, the boys, his parents, or the reader?

Most of the images are from the perspective of the boy. I was hoping to capture that feeling of how huge, wonderful and sometimes overwhelming New York City feels, especially to a child. There are a few pages from other points of view though.

Your illustrations actually take account of the time of day. Was this part of the brief?

Yes. The story takes place over the course of a couple days, so the changing time was factored into the illustrations from the beginning. 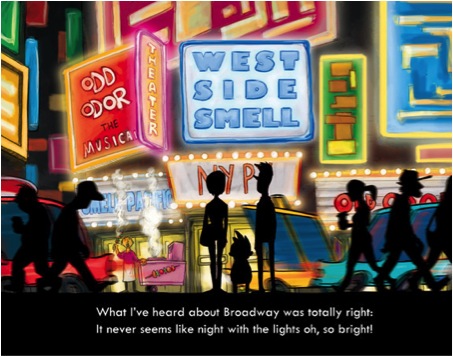 How involved was Amber C Jones involved in the drawing process?

Amber would often have ideas of things that needed to be included in the image, sometimes an object for the smell or a specific place in New York, but other than that she let me go wild. I would do rough sketches, send them to Amber for approval and then move on to the final illustrations. 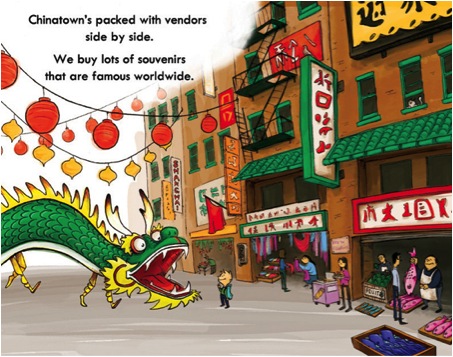 Added to the magic of the text and illustrations is the use of smell.

How was this decided?

Amber had a list of smells from the beginning. Every page had its couplet and an associated smell.

How long does the smell last?

The smells are engineered to last a long time.

Did this sensory aspect help you with the illustrations or did the smell come later?

The smells were decided first and then I would brainstorm images based on the text and the smell. Sometimes it was obvious and sometimes incorporating the smell was a little tricky. Smell areas on opposite pages couldn’t touch when the book was closed, so that had to be factored into the layouts of the illustrations. It was like a puzzle.

As a New Yorker, are the smells correct?

Yes, the smells are spot on.

This book was made possible by Kickstarter. Can you explain how Kickstarter works?

Kickstarter is a fundraising tool to help get projects made. You propose your project and outline everything involved. You also offer rewards based on how much a person donates. For instance, a certain donation amount got you a copy of ‘New York, Phew York’. You set a fundraising goal and you have thirty days to meet it. If the goal is met, all of the backers donate the money. If the goal is not met, then no money is donated. So it’s all or nothing. 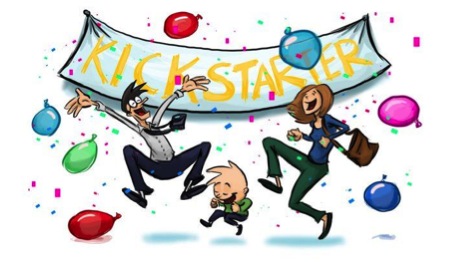 How long did the project take you?

The bulk of the illustrations were done over the course of about six months. There were several more months of revisions, creating additional artwork for promotional material and putting together the final files for the printers.

How many illustrations are in the book?

About 40, plus the wrap around cover. 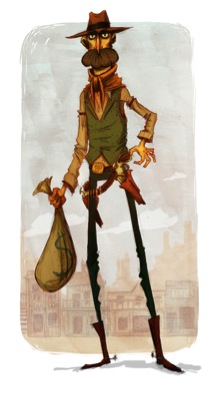 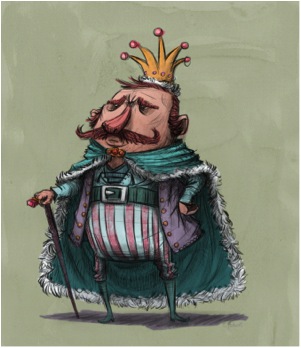 Do you have any storyboards related to the book?

I do have thumbnail drawings and rough sketches of every page. 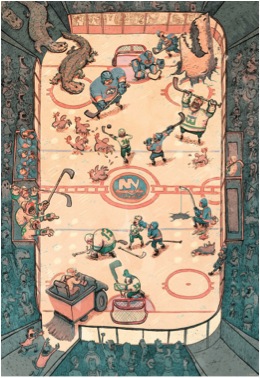 How has this helped your book- illustration career?

New York, Phew York has been great for me. The exposure has been wonderful and going through the process of illustrating an entire book was an immensely valuable experience.

What are you working on now?

I recently finished an animation for the Cable Car Cinema in Providence, RI and I’m always on the lookout for the next big project. You can see my current work on my website, timprobert.com.

You are a first time children’s author and a full time concierge in New York City, how did the combining of these two pursuits come about?

The joy of my job comes from helping people every day. It’s incredibly rewarding and I feel a personal responsibility about how people leave New York feeling about New York. It’s a responsibility I take very seriously.

The book came about when I was walking home one day. I was captivated by the smell and look of pizza in a window and didn’t notice I was walking behind a horse!! As I went to the corner to make sure I didn’t step in anything unfavourable, I was overwhelmed by the smell of shish-kabob smoke. It’s THEN I thought, here should be a scratch and sniff book of the city!

I realized with all the outlets we have to enjoy NY: books to read about it, pictures to look at, soundscapes to hear there was no way to SMELL New York and that is such a huge part of your experience here. Because we live in close quarters, dense with people, restaurants and shops, literally every corner has a different smell. 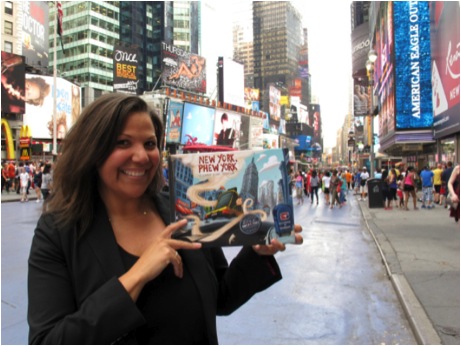 I was excited to bring this element to a sweet story of a family on vacation that befriends the hotel concierge who tells them all the neighbours to visit. The book ventures into 19 neighbourhoods, uncovers 23 smells of the city and is nothing short of a love letter to New York.

When I did scout for an illustrator I posted a flyer asking for a submission of a picture of a cab going down a New York City street with a child looking out the back window and a license plate that said NYPY. I knew Immediately Tim was the guy when he sent 4 amazing and different variations of the submission request. It just spoke volumes about his skill set, but also his personality. I couldn’t have found a better artist or person if I had searched for years. I only wrote the words…it’s his work that brought them to life. 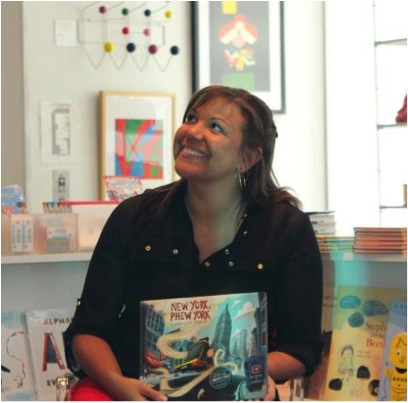 How important was publicity to the selling of “New York, Phew York”?

TThankfully, “kickstarter” worked out to not only be a way for us to fund the project but it also became a good gage as to whether other people (outside of friends and family) thought the project was a good idea. Being that the book was such unique an idea and looking for funding, it got picked up by the news –then from there, very quickly spread into other mediums. The overnight popularity of the book took us all by surprise. Though we were incredibly excited, it was also a bit intimidating to have such a high demand for a book that didn’t even exist yet.

Will there be more, and what cities will they highlight?

Yes, there will be a series of scratch -n-sniff city books. The next will be Los Angeles (SMELL.A), then San Francisco (San Franstinko )

How can we buy a copy?

The book is available at www.scentsationalbooks.com and www.amazon.com as well as other retail outlets like the MoMa Store, W Hotel Gift Shops, Pylones and Hudson News in LGA and JFK airport 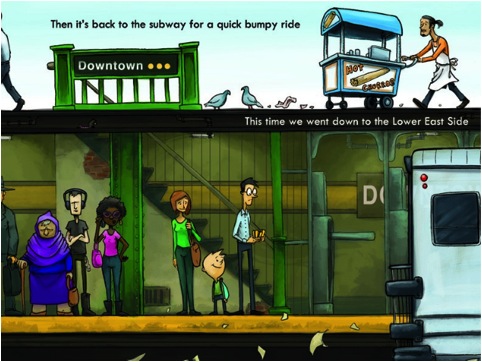 Interview by Deborah Blakeley, May 2013 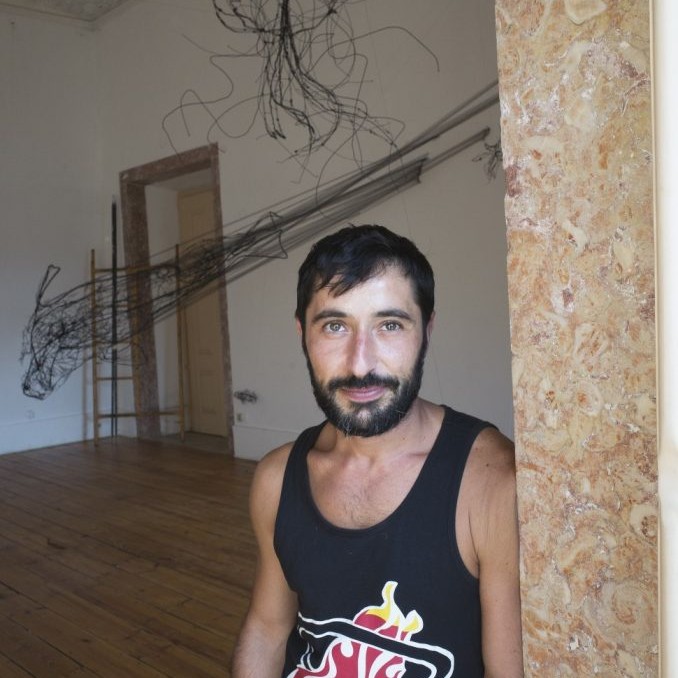 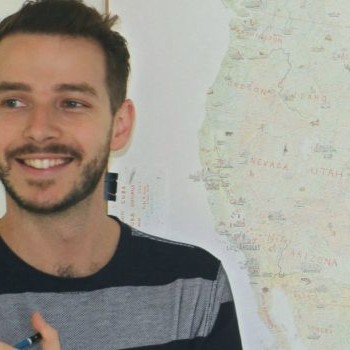 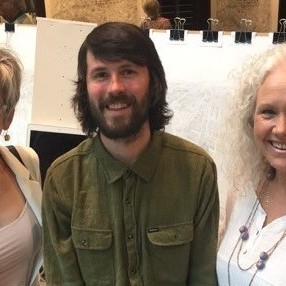 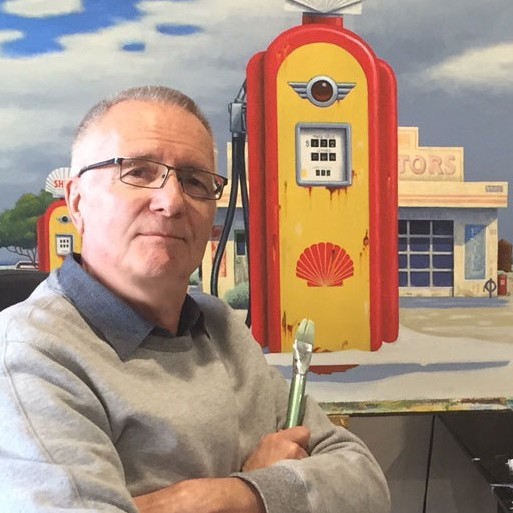