Since I loved bush walking it was inevitable that I would come across fungi,And because I was intrigued, I started to photograph them.Zoneone Arts is delighted to bring Steve Axford to you… 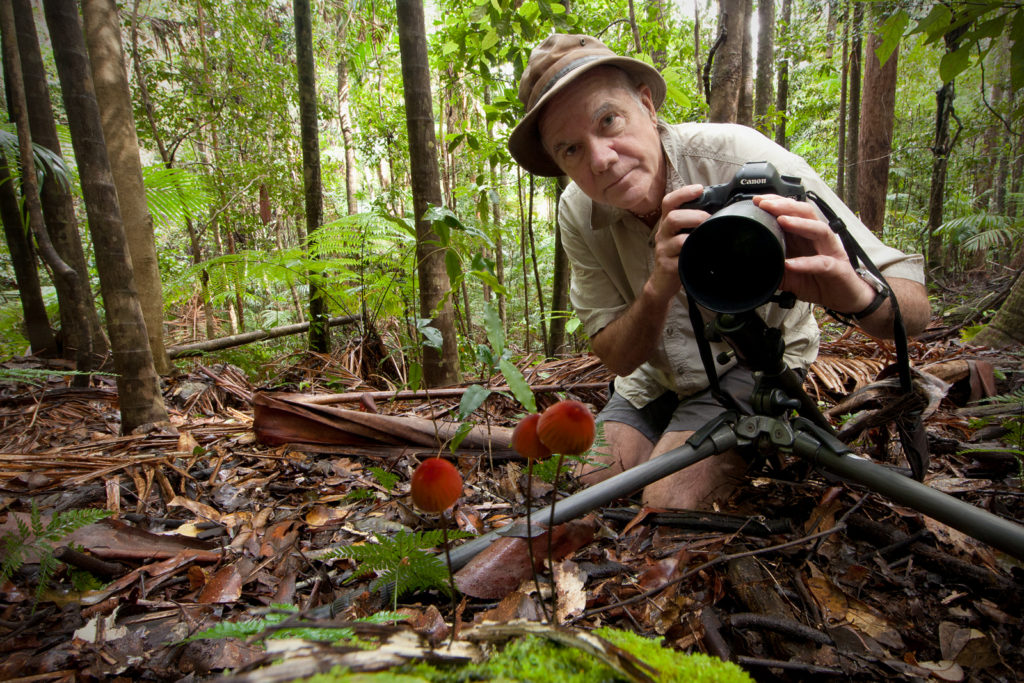 You are known for your photographs of fungi, how did this come about?

By accident really. I had never been a photographer and I worked as, first a miner and then, for most of my working life, as a computer systems designer.  I fell into photography in 2000, when on impulse, I bought an small, early model, Canon digital camera (1024×768 from memory). At about the same time I started travelling again. The instant feedback of digital photography was a revelation to me and I soon started upgrading my cameras until I bought a Canon 10D in late 2003, with a 1740mm Lens. 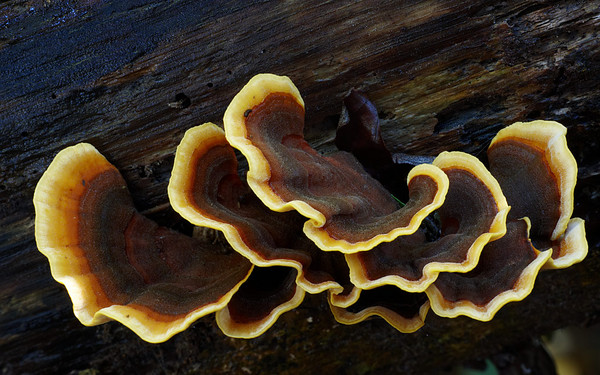 Since I loved bush walking it was inevitable that I would come across fungi, and, because I was intrigued, I started to photograph them. I then bought a Sigma 180mm macro lens that I could use for wildlife and for macro, with the  1740 for landscapes. I would take a general mix of photographs including landscape, wildlife (particularly birds) and macro of insects, plants and fungi. 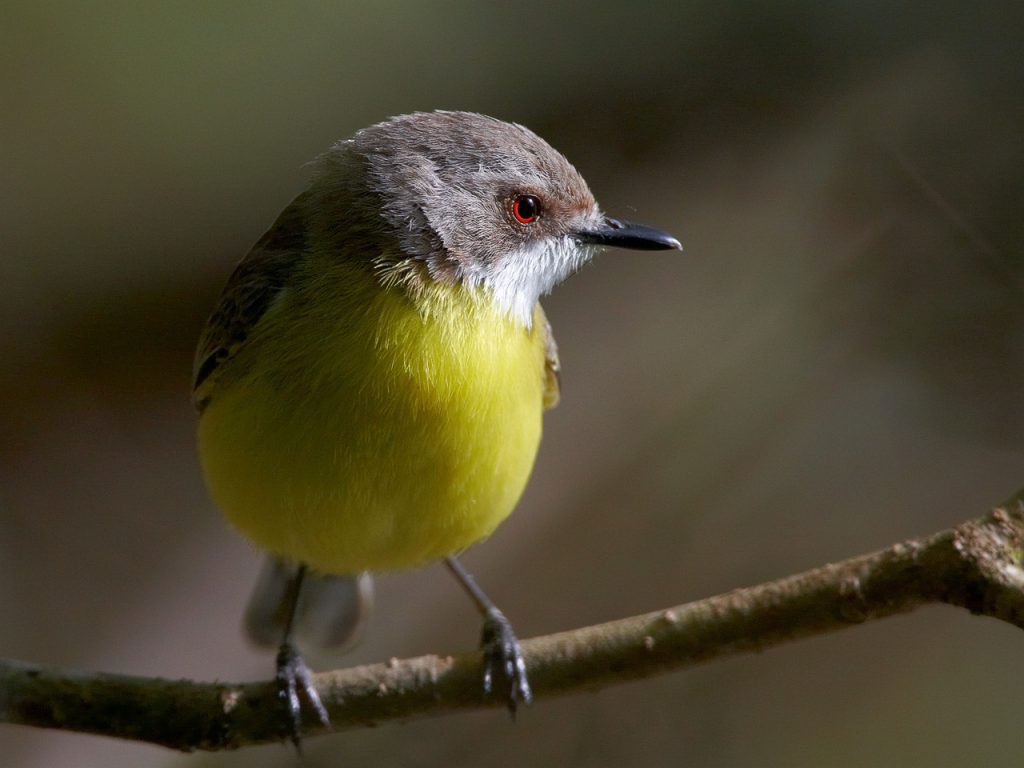 I was looking to get out of the computer industry, as it was becoming far too corporate for my liking, and several of my friends suggested I might take up professional photography. That sounded attractive, until I investigated it a bit and came to the conclusion that:

The pay would be terrible in comparison to the computer industry

I would probably have to take the photos that other people wanted me to take, rather than the photos I wanted to take. 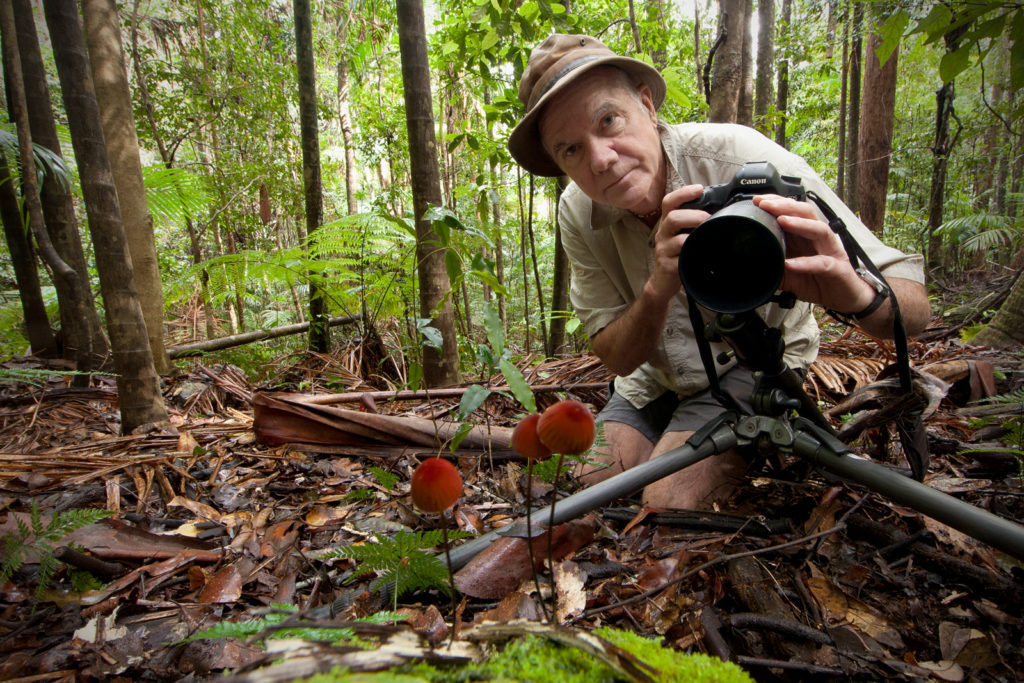 I decided to just retire and make do with what I had. I continued with my photography and moved from Melbourne to NE NSW. Since there seemed to be no reports of fungi up here, I assumed there were none. I was very wrong in that assumption. The Northern Rivers and particularly the Big Scrub, is one of those places that could be considered a “hot spot” for fungi. I was in my element. I bought a small property near Booyong and continued with my hobby, to which I added rainforest regeneration.

In 2012, I got an email from an American blog called Thisiscolossal which calls itself an Art, design and visual culture blog. They asked if they could feature some of my fungi photographs. I didn’t give it much though but said yes as I was always happy for people to see my photos. Apparently they are followed by lots of magazines worldwide as from that point on I started to get dozens of requests to use my fungi photos in magazines. Thisiscolossal have now featured my fungi 3 times and each time there is a flourish of activity.

Also in 2012, my partner Catherine, suggested that we try some timelapse. Our first effort was clouds over Mt Warning, which proved to be remarkably successful. We then had the idea that the local luminous fungi might be an interesting candidate for time lapse. I, fortunately, had a spare shower which I set up as a darkroom and put some luminous fungi and a camera in it. The results, while not perfect, were spectacular enough to persist. I moved my studio from the shower, which could not have survived in the long run, to an old shed. I insulated and light proofed it and started taking time lapse of both luminous and nonluminous fungi.

At about this time, someone from the BBC had sent me an email on luminous fungi (I think they had seen one of my photos).They asked for information so they could film them. I ignored this for a while as we had an idea of doing a film ourselves, but our film seemed too difficult so I contacted them and showed them some of my timelapse. That got their attention very quickly and after several years work, my timelapse will now appear in Planet Earth II, which is be to be released in the UK in October and Australia early next year. There are also several other film makers who are interested and this is likely to be where most of my time is spent in the future.

Discuss the marvels of nature in particular fungi in relations to: 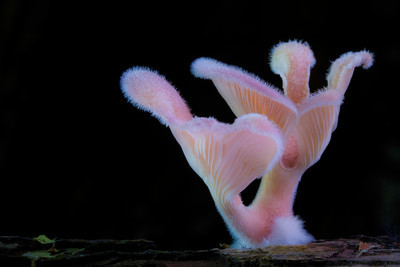 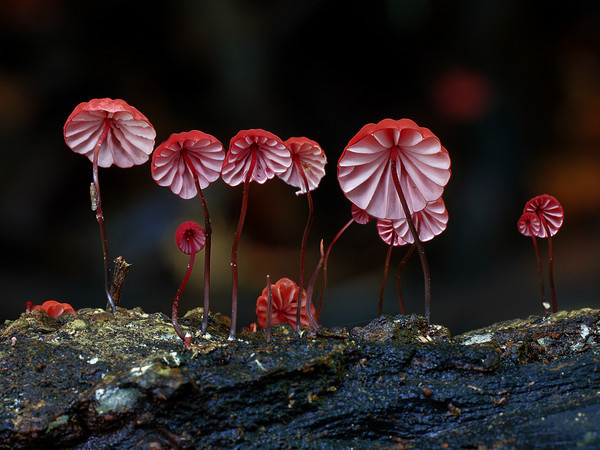 Where can I start. Fungi cover an incredible varieties of colours, shapes and sizes. I started off cataloguing my fungus photos by colour, but soon realised that that wasn’t very good taxonomically and anyway, some fungus species could change colour depending on the situation. Fungi are an entire kingdom of life, like plants or animals, so the variety is almost infinite.

You sell your photographs but the purchaser needs to have them printed.

Expand on this way of selling your photographs?

I don’t really sell my photos in the conventional sense, as that implies that I actively try to get people to buy them. Almost all the money I have made from fungi photos has been where people have contacted me with a view to publishing my photos in magazines or films or other projects. Occasionally people do want printed copies, but then I will send them a high res version which they get a local printer to print them.

How do you identify each fungus you have photograph?

When I first started fungi photography I had no idea what they were called.  Then I bought field guides to help and now I also get expert help. The internet gives me access to thousands of people who know far more about fungi than I.

It is an amazing reference source and I am forever grateful to those who help me identify and learn about fungi. 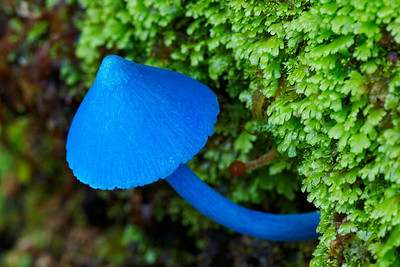 Have you actually found many unknown and unrecorder fungi?

Yes, but it is often quite difficult to be sure that what you have found is new.  You can only do that by asking a mycologist who knows what all the current species might be. It is actually quite easy to find new species, but very difficult to get them named.

Is there a difference between fungi and moss?

Yes. Moss is a plant and is green. Fungus is a fungus and is rarely green.  Lichen on the other hand is often green and is often confused with moss.  Lichen is a symbiot comprising two different fungi and an algae or cyanobacteria. The green is produced by the algae.

Can you discuss the camera and lenses you use?

I used to use Canon cameras and lenses, but I recently changed to Sony. I now use a Sony A7R2 with a Sony f2.8 90mm Macro G OSS. I have found that this camera and lens not only takes better pictures than previously, but also makes macro photography easier.

Discuss briefly the technique you use?

For still photographs I use a camera plus macro lens plus a tripod. I then use focus stacking to get the wide depth of field which is not possible with a single shot. Getting the lighting and background right is perhaps the most work.

Many fungi can be moved (try to put them back again) which allows you to choose the background.  I almost always use natural lighting, which produces a really good look, but can be difficult as it is best when it is overcast or even raining. 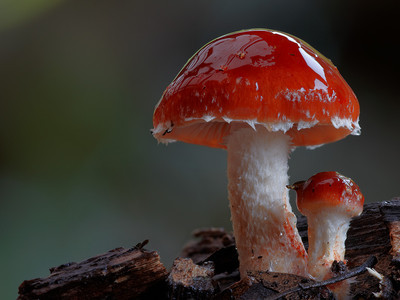 Where have your photographs taken you?

To Moscow for 10 days on the invitation of The White Rabbit Restaurant. I also spent part of that time at Ecosystem, in a forest just north of Moscow, which is dedicated to teaching children about ecology and ecosystems. 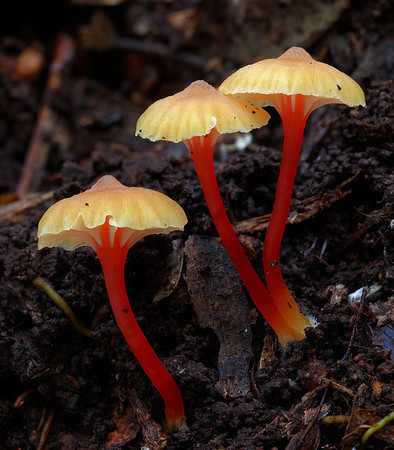 I have also been to Yunnan in China and two occasions on the invitation of the Kunming Institute of Botany. This has been to photograph mushrooms, primarily in the Nabanhe tropical forest reserve in Xishuangbanna. That has also involved travel to northern Yunnan (between Lijiang and Deqin) and to Chiang Mai in Thailand. Both trips were for about 1 month and were fascinating. This is a way to see some of the nontourist China. 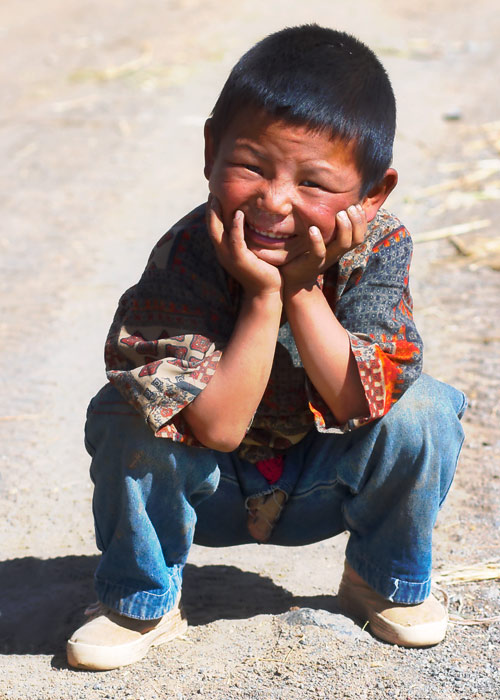 You commented, “I take photographs of fungi because I love the forest and it gives me a great excuse to go there as often as I can.” Expand on this comment.

It is great to have a hobby that forces you to stop and really look at the forest (or anything else for that matter). There is infinite variety hidden inside a forest and it takes careful looking to find it. You just have to know where, and when, to look, and you only get that by time and experience. Photography is a great excuse to slow down and really look. I will often go for an hour walk that will take 5 hours. When I am looking for one thing I frequently find other surprises. Photography gives me an excuse to delve into all sorts of things, and to gain knowledge, that I would never have discovered otherwise. 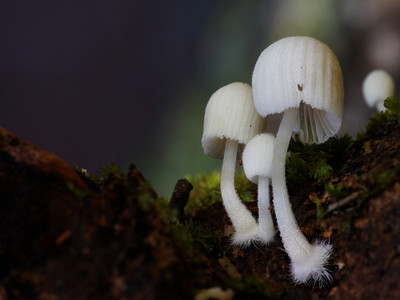