Matthew Chambers, Isle of Wight, UKAll work is constructed on the potter’s wheel. They are made up of a gathering of individual thrown parts, all joined in conformity to make the whole.Zoneone Arts is delighted to bring Matthew Chambers to you… 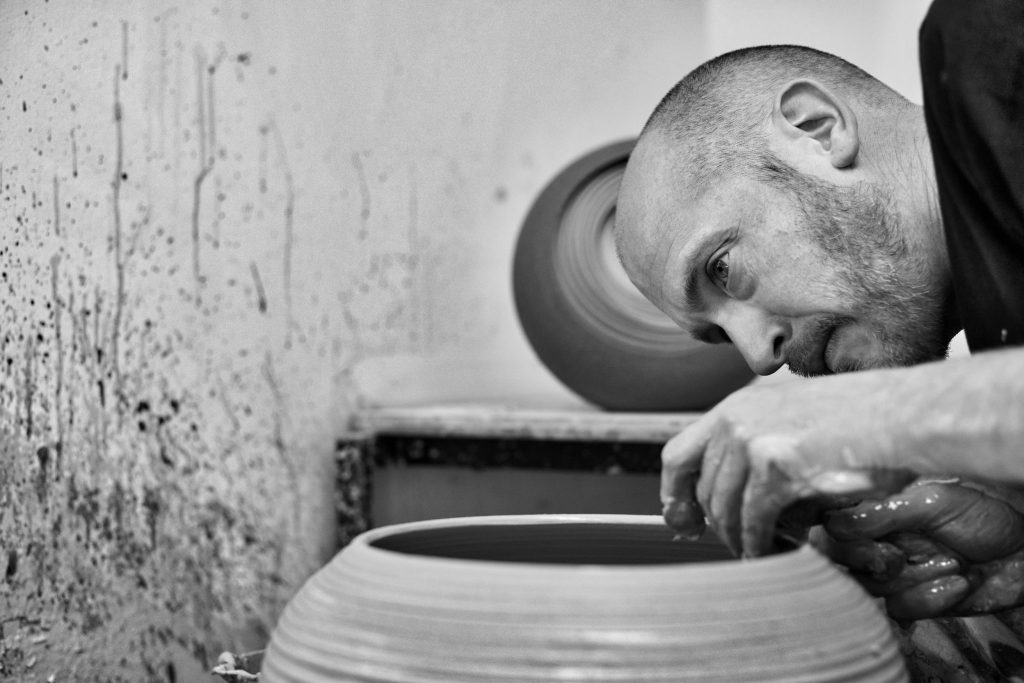 When did you first begin to add layers to your work?

The layering technique I use now began just after I left college in 2004. I have been way more interested in the sculptural over the functional in clay for many years, although it certainly didn’t begin this way, with a beginning as a production potter where function was the only way. During art school I was taught to look around, leave my past and take heed and I became inspired by form alone. Experimentation took me in many directions through education, although an underlying interest in constructivist formal qualities played a part in most things I did. My current technique was born from an amalgamation of these interests with my experimentation and learning whilst at college, but ironically and perhaps most importantly it happened because of my time in production and the repetitive and measured throwing technique I still carry in my mind and hands from then until now.

Discuss the assemble technique that you use to create a piece.

All work is constructed on the potters wheel. They are made up of a gathering of individual thrown parts, all joined in conformity to make the whole. Each section inside is measured and then joined to the last, with an aim to end with a pattern that creates an individual symmetry and rhythm within each work.

Where did you get your initial inspiration for the layers?

As said, it began with my time in production. I was a potter for 7 years, mass throwing cups, bowls etc in specific measurements depending on the style of pot that was being made at any one time. Although what I do now is certainly not this, to me the essence of it still really is, as the repetition and the measuring is just the same. It’s just that today I capture all pieces within one form to create an abstract expression in pattern, instead of placing each individually out on a shelf next to the last to create a function as I did in times past. 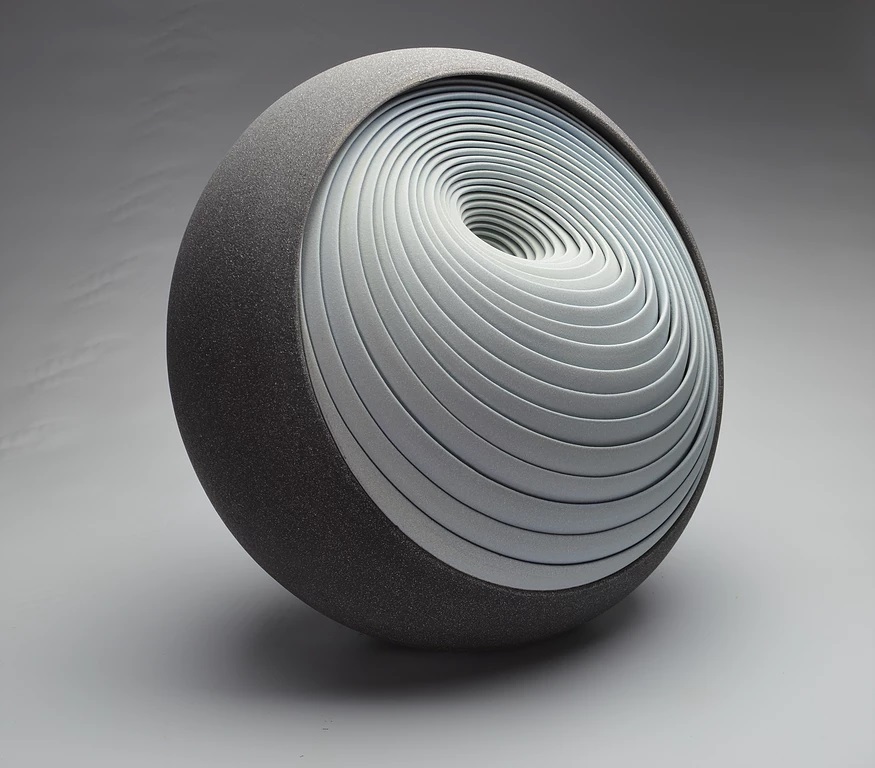 You began your training in Ceramics and Glass at the Royal College of Art.  When and how did you know that ceramics was your medium?

I began my training in 1993 with my apprenticeship at the pottery. I was 18 and a little wayward in my life, and after previously being bad at pretty much everything I tried, ceramics came along and gave me direction. I had one thing to focus on and all the time in the world to get better at it, so I relished the challenge and began to love the medium. I urged myself on by constantly setting my own targets and striving to reach them, but after 7 full time years there I felt I’d hit the limit of improvement with the pots, so decided to apply to art school. I got refused from a few even without interview due to lack of a formal education or art foundation, but thankfully Bath School of Art took the risk and offered me a place and allowed me to find my own direction. 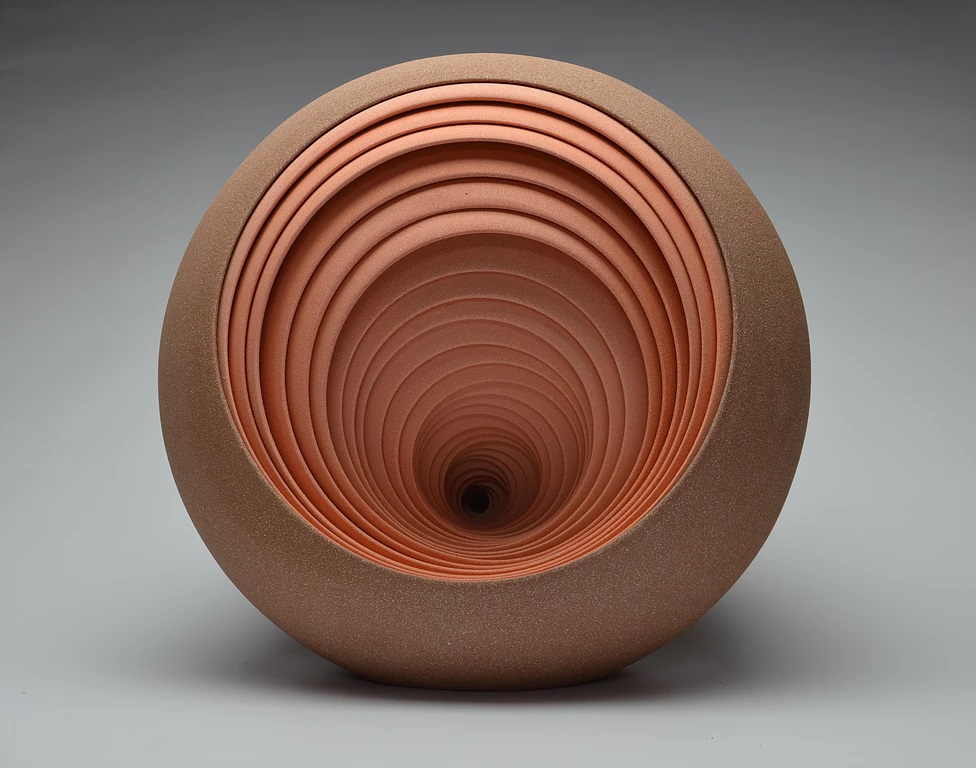 You had a residency on the Isle of Wight – How did this influence you?

The residency was so very important in so many ways. Towards the end of the RCA I was broke, and being broke also meant confusion of what would be the next step to take. I responded to an advert in Artists Newsletter magazine advertising the UK Arts Council funded ‘Setting Up Scheme’, giving 18 months free studio alongside equipment and maintenance grants at the Quay Arts Centre on the Isle of Wight. I’d only visited the Island on holiday a couple of times previously so I was a little unsure whether it would be right, but the urge just to carry on overtook all worries and I went for it. I settled in well with the change of pace and the freedom of not needing to earn throughout this time. I felt I could relax and just make, and thankfully and so very valuably it kickstarted everything and enabled the progression to where I am now. For some unfortunate reason the Arts Council gave up on the scheme a few years afterwards, which a real shame as most students need a bit of time after graduation just to begin and no money to do so. The Setting up scheme was the perfect key to enable a start. 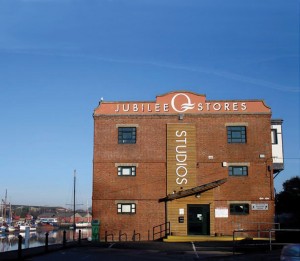 Discuss how you combine colours in your work?

All colours are mixed into the clay body. Oxides and body stains are applied before the piece is constructed, with a variation of colour and shade dependant on the progression of the pattern in any particular piece. 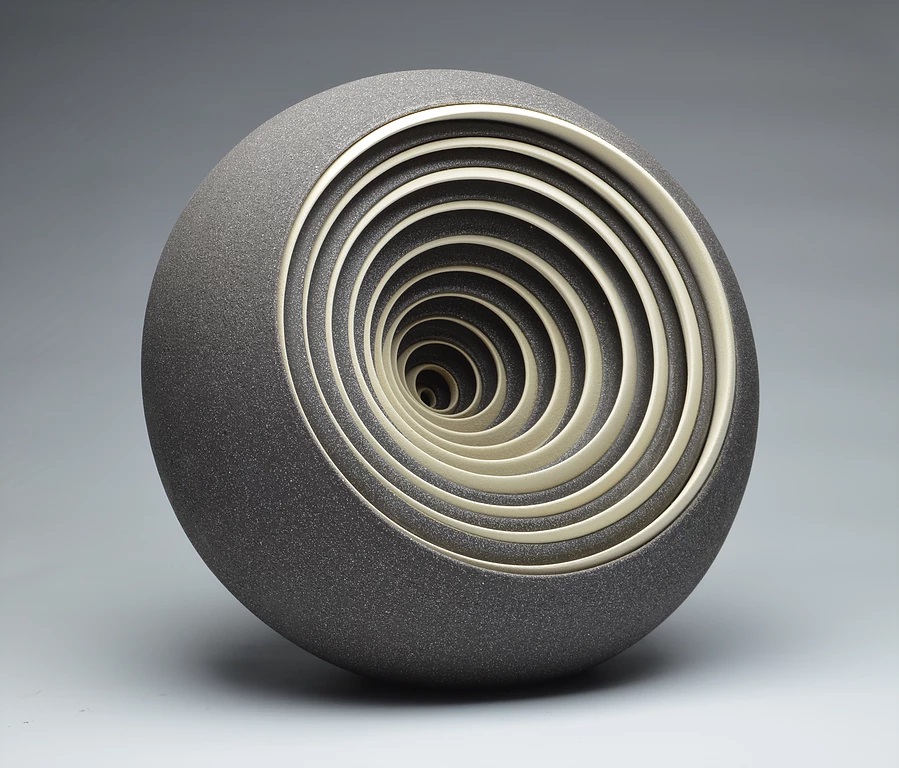 Discuss the Studio on the Isle of Wight? (Its pros and cons?)

My studio’s in a beautiful location on the southern tip of the island at Binnel Bay, and its location feels very secluded and almost cut off from the stresses of everyday life, making it easier to deal with those that occasionally crop up in the making. I’m amongst a great community with 4 other artists sharing the building, and although we stop for a chat or a social every so often I’m pretty much left to it which is great as this is the way I like to work day to day. There aren’t many cons to be honest, and I’m happy living on the Isle of Wight. There’s a growing community of artists here and it’s close enough to London. Also the pace of life feels good for my family and for the way I live right now. If there is a con it would be the ferry to get off, the cost of it, and the occasional feeling of entrapment due to this. 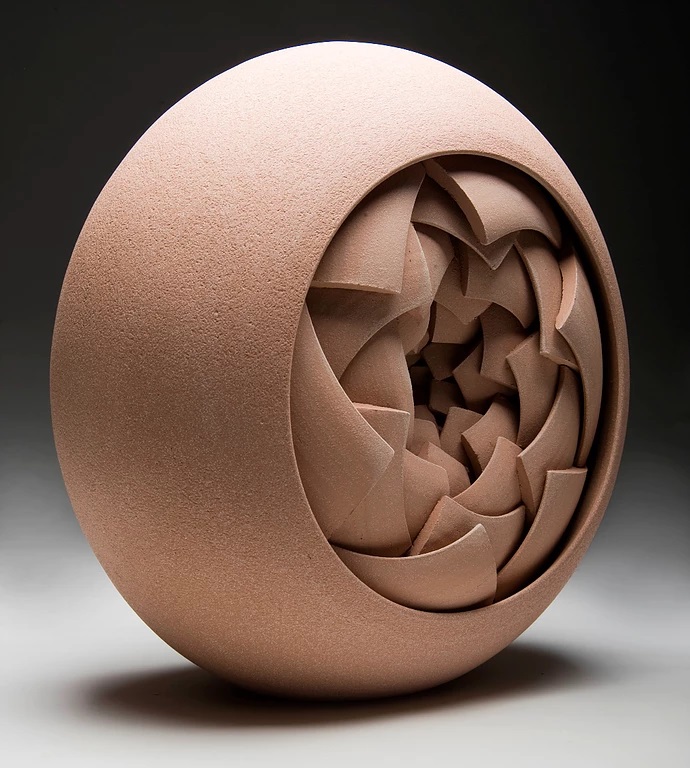 Explain when and how you make the decision on single or multiple pieces?

Decisions on the work are all pretty instinctive as I move from one to the next, whether this is in the form or in the colour, I generally never work to a brief. Although I love the relative peace and tranquillity in the simpler forms, as I try to progress the technique ever more it’s probably the complexity and intricacy in the pattern that continues to pull me in more.

Expand on your comment, “It is a true love of the making process that drives the creation of my sculptures”.

I guess it’s just an admission of the passion I have for my process – the key to the motivation I have to make every day. Professionally I’ve had 12 years in of full time throwing and constructing to build my work – repetitively and intensely, and I’m still not bored. If I’m working very hard or on a form particularly tricky I can feel exhausted, but I never tire of the thing that can sometimes tire me. The wheel is the tool that I love and what I have used for 23 years and still feel now that I will continue to make until I am physically unable or stopped by an exterior force. There still seems to be so many options left in my process, that there simply might not be enough time in life to do them all. For some my development might not be quick enough, but for me it is and I continually see change and every move however small still excites me and I am full of ideas within what I do. I believe that the idea of ‘mastering’ any ceramic process is a false concept as there seems not enough time in life to do so however much of a commitment it becomes, but one can always strive to get better and this is always my drive. 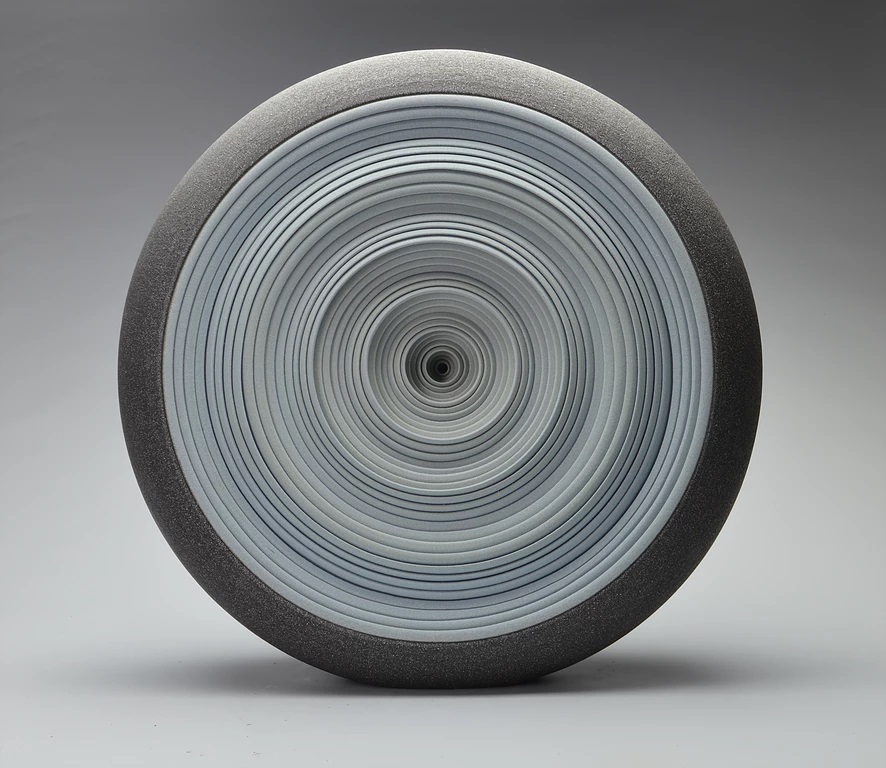 Discuss the commission for The Hyatt, Andaz Hotel, London.

The Andaz was a great commission which happened 8 years ago. It was arranged through a consultancy when the hotel was refurbished from the Hyatt Great Eastern into the Andaz Liverpool Street. 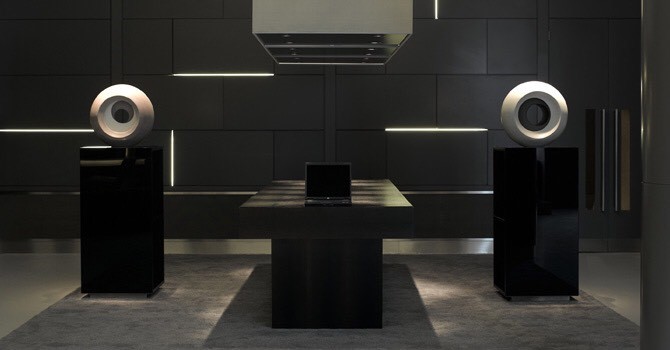 The commission consisted of making 3 large (50cm) pieces each sitting on its own black glass plinth in the lobby of the hotel viewed by all who pass through the doors there. It’s pretty flattering to me that even after all this time they are still there and still seem happy with them