Jo Davies, East London, UKJo Davies uses a throwing wheel to produce her porcelain and also does hand building work too. Making tableware in one monochrome but in various shapes and forms and many one off pieces.Zoneone Arts is delighted to bring Jo Davies to you… 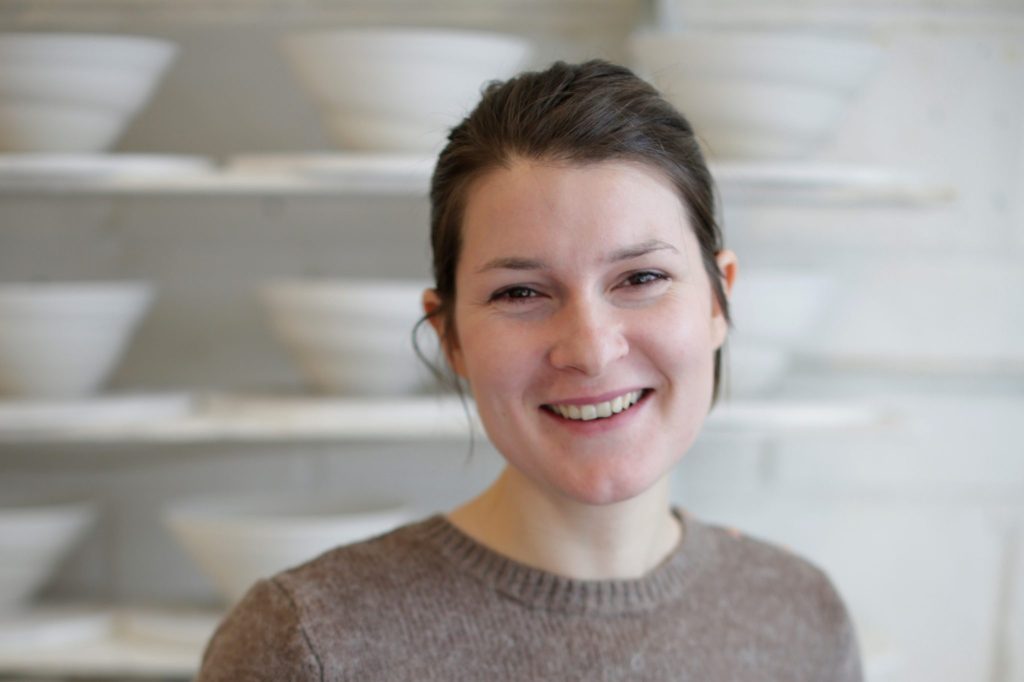 You began your art education at Cardiff School of Art and Design in 1999 by 2002 you had specialized in ceramics what made you take up ceramic above other disciplines?

In fact, I had specialised by 2000, my undergraduate degree is from Bath School of Art in Ceramics. Clay is a medium that I had an early and profound relationship with.  I discovered at school that I could work with it, its texture and my ability to work the shape and surface of it felt very natural and normal right from the start. A little later on, however, I wasn’t sure about what this would mean for my future. Clay was not as well understood back then as it is now, the Makers’ Revolution currently happening in many countries was definitely not the order of the day at that time. In fact, it was pretty unglamorous, so what made me take it up was a real passion for it and a sheer stubbornness that it was what I needed to do with my life. The thought of leaving it behind would have been like a bereavement. 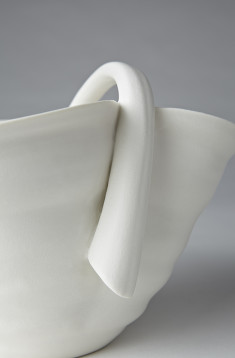 Among the awards you have won can you expand on the Reid Trust Scholarship for the higher education of Women?

Back in 2004 I found the Reid Trust in the pages of a large library reference book at Portsmouth University, where I was a resident artist at the time, on ‘Grant-Giving Organisations in England and Wales’.  I had just found out that I had been accepted at the Royal College of Art and, after the initial euphoria, I started to look for ways to afford the two years of hard work as a full time student  in one of the most expensive cities in the world. The Reid Trust was very elusive at the time, there was no website, only a postal address in South West England, a few instructions, badly photocopied, arrived in the post and I put together my application.  In the end I received the award twice across two consecutive years while I was at the RCA. This paid for much of my tuition fee and I was very grateful. I have since found out that the Reid Trust is an organisation dating back to 1868, only handing out between 6 and 10 awards per year to women wishing to further their education. 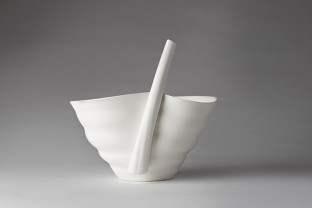 One-off pieces, limited editions and the design range are made by hand  at the studio.

You began exhibiting in 2002 with your first solo show discuss the importance of taking this step?

This gave me an important deadline. It was a ‘so you’ve done the education, now do the rest’ moment. I produced a body of work that was completely new, which felt very vital at the time because it was done in the wake of my mother’s death and was directly related to it. It felt frightening to do but good, in the same way that I have felt I had to make things from clay I also felt that I had to show what I made or there was no point making it at all. 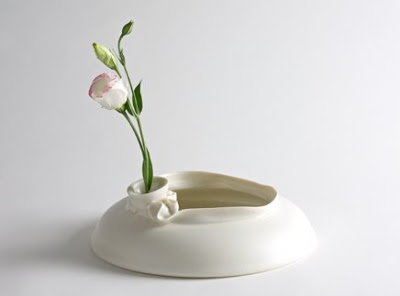 Now you have up to eleven shows a year how do you pace out your work load?

Well, the problem has been that I haven’t paced myself! This year I chose to reduce the number of shows I undertake. Through the support I received this year from the Crafts Council I realised that I can show my work less and concentrate on my creative development more. This is great as too many shows can be emotionally draining, a real roller coaster.  I still do a lot but try to be in the background more, creating my work at the studio to be sent out later rather than continually doing shows that I need to be in attendance, this reduces the number of places I physically have to be and reduces the strain on me.  Having said all that I am quite good at working ahead of myself. Ceramics has taught me this. Unlike many artforms it will not forgive you trying to pull all nighters in the final week – due time is needed for refining, for drying to work, firings, for calm making that produces good work. 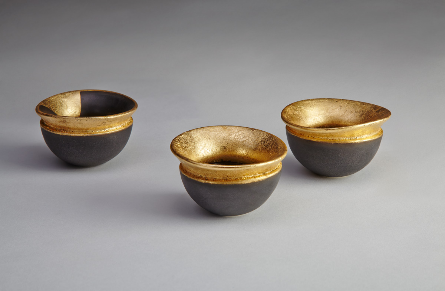 Can you discuss your workshop in, East London?

I have a throwing wheel, lots of shelves and making benches, lots of sponges and hand tools. My laptop, as with any practice, is an important piece of equipment. Plus, of course, there is the kiln – robust and vital, it makes everything happen. 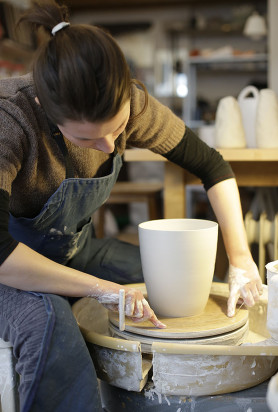 Number who use the studio

Just me. A bit of a luxury in London but I have realised now that I spread out too much and I’m certainly too messy to share. It saves on awkward conversations…

Can you take one commission that has be invaluable to your a career and why?

Not one commission, as such, but clients certainly. A few come to mind, in recent times, like working with the National Portrait Gallery and with Heals here in London.

Discuss your thoughts about the importance of beautiful objects in the rituals of eating socially? 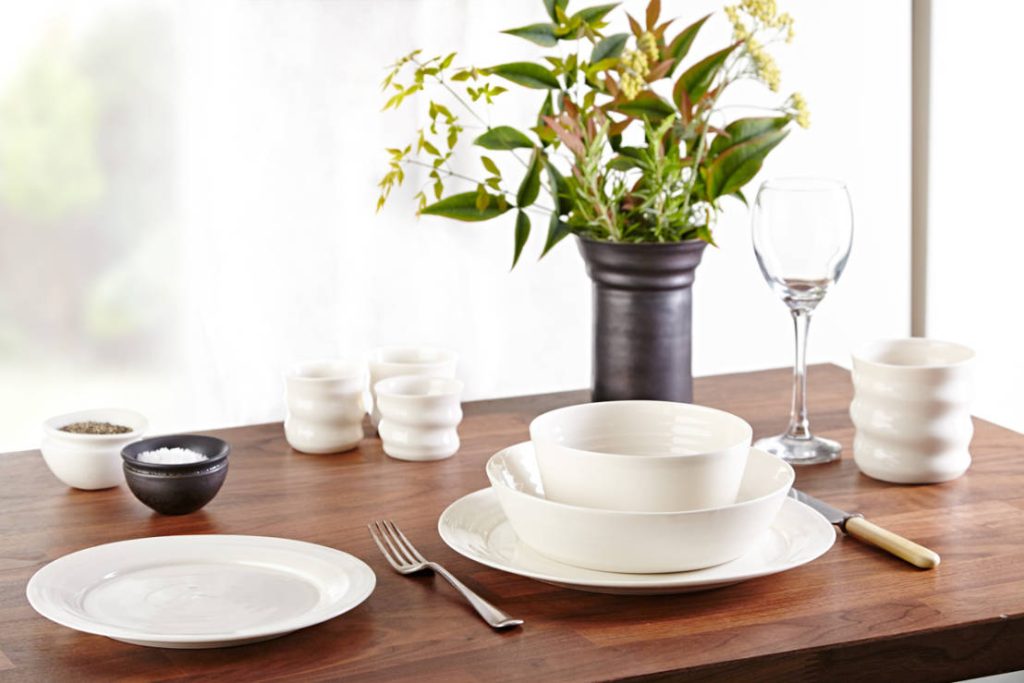 They make everything taste better. Eating and drinking is a visceral experience by its nature, if we’re enjoying the touch and feel of the ceramics, the cutlery, the glasses then it follows that the whole experience is enhanced.

Take one of your vases and discuss? 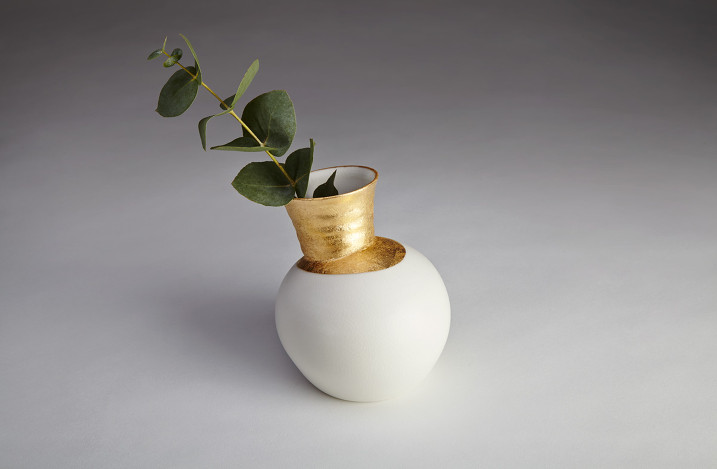 Each one begins as a wheel-thrown, closed form – egg-like – then the day after I cut a hole or holes in each one. The flutes are also wheel-thrown, cut off the wheel and assembled into position while the clay is batches, partly as an attempt to protect myself from the inherent loss in the kiln-firing process. The vases are allowed to dry across 1-2 weeks then they are fired for the first time. They are then glazed with either the black or white glazes I have developed by dipping the vases into the liquid glaze and pouring it in.

My designs always arrive through working with the material. I rarely, almost never, draw anything before I begin to make – making is my sketchbook. The Speak Vases are made to be anthropomorphic, they are deliberately unique with personalities of their own. This is much like all my work but with the Speak Vases this is particularly the case. They are called Speak Vases because they appear to ‘speak’.

I stick to 2 glazes for the Speak Vases – black or white. I prefer monochrome because bright colours have so many connotations, black or white allows the shape to be the first consideration in the piece. 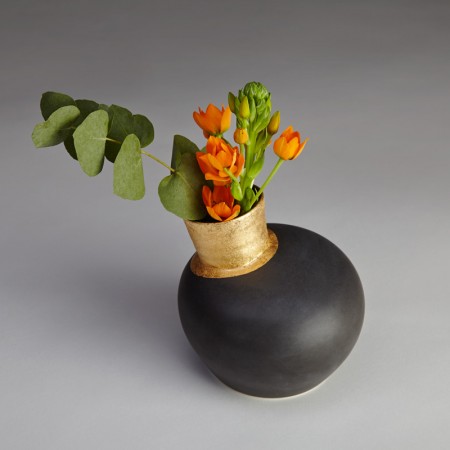 Discuss your work with other artist to develop their products into clay.

I used to make work for other artists and designers more than I do now. It’s very occasionally that I will do this now but there was a time when this would take up much of my working week. I would either work alongside them in my studio or take on the work to do separately.  There were, and are always, pitfalls and things that go wrong with ceramics, add to the mix the creative translation of an idea from one person to another and there is scope for misunderstanding.  When the work went well it was great but when it goes wrong, even more than when my own work goes wrong, it was painful. Having to explain, to start again was emotionally draining and this is why I am so cautious about this type of work now but also partly due to the lack of understanding about ceramics and its variability.  Having faced these issues and learnt so much from producing work that is not creatively mine, having made the mistakes and resolved them, this service has now  evolved into a consultancy where I work with individuals across the course of 1, or a few hours, to work out how they would make their clay ideas. This is talking-advice, and demonstrations if necessary. What this means in practice is that they have the knowledge foundation on making their own project, where to go for materials, what the terminology means, which clays and glazes are viable for the projects they have in mind.  Just 1 hour of this can save hours of wasted time.  For artists in particular this is more sustainable and valuable as they are the ones who often don’t always know exactly what they’re going to make before it’s done, a shematice, computer generated drawing is not always helpful or appropriate and does not allow space for the ‘what if’ moments in making.  It’s also a happier way for me to work with artists and designers as I really believe that more people understanding ceramics is a good thing for everyone. 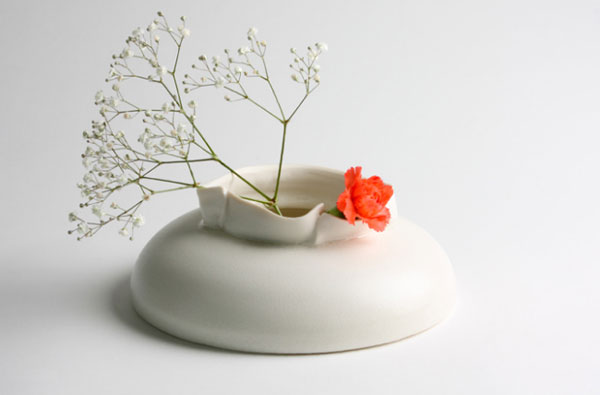 Can you expand on why you use the word “Potter” to explain your occupation?

Sometimes I say potter, sometimes I say ceramist. People just tend to understand ‘potter’ more!  I have a client who says that she likes me and my work because I’m not what you would consider the potter-stereotype to be. 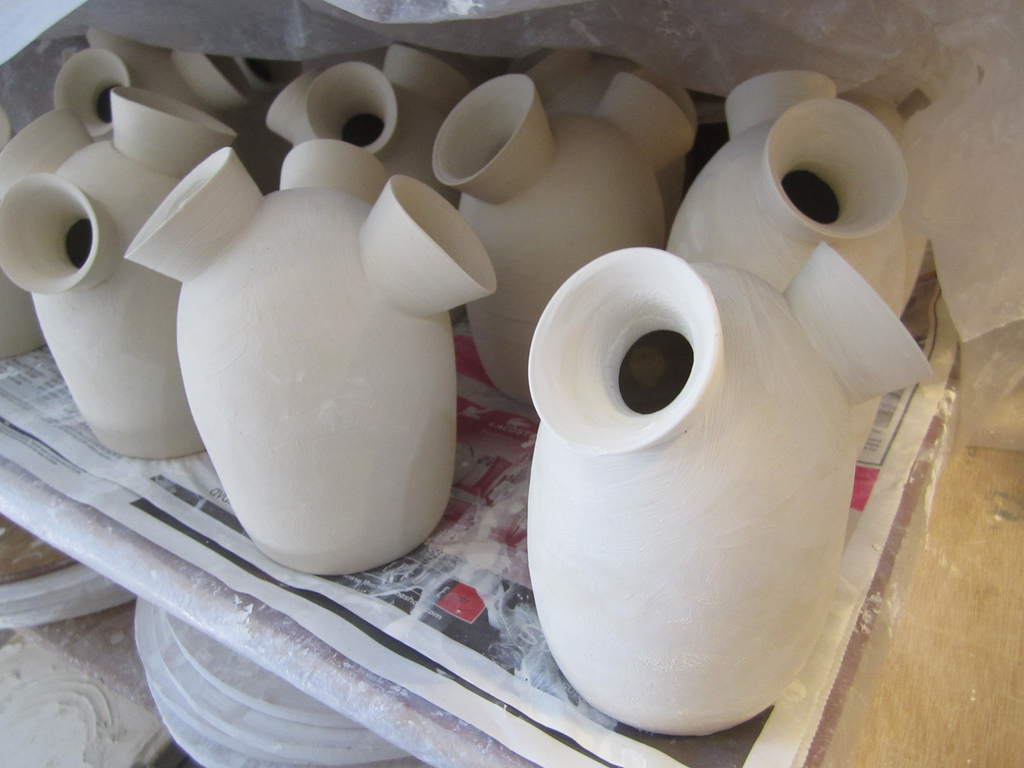 My lighting cables are made up by a company in Northern Ireland who also make my woven black electrical cord at their onsite factory. Plus I sometimes call in the help of a studio assistant when it gets busier than I can cope with. 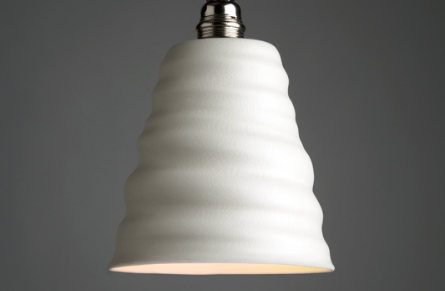