Janine Partington sweeps a new broom through the old technique of enamel work. It is fresh and contemporary. Janine takes inspiration from nature presenting seed pods, trees and birds in abstract enamel, working on wall panels, jewellery and sculpture.

Zoneone Arts is delighted to bring Janine Partington to you… 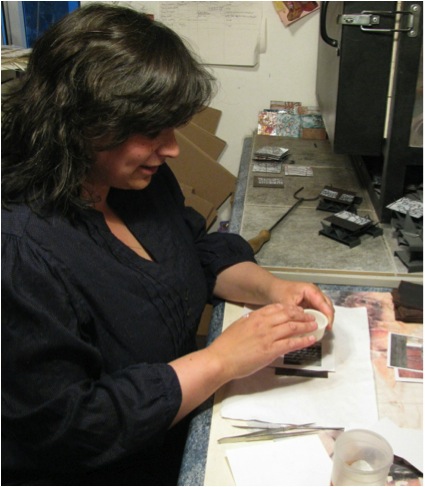 How did you initially become involved in enamel work?

It was after the birth of my second child. I wanted to get out of the house for an evening a week. My husband Matthew was working with Elizabeth Turrell at the University of West of England, UK. Elizabeth is an internationally renowned enameller and he had done some workshops with her. Matthew thought that I might like to try enamelling too and there was an evening class at our local school of art and design which unusually specialised in making panels. I tried it and fell in love almost at first try – I think it’s the immediacy of it and the quickness of the process. 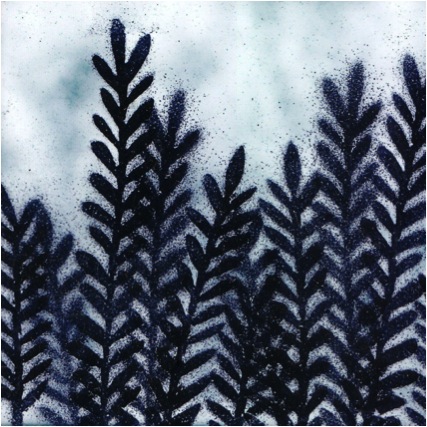 Can you briefly explain what is involved in making an enamel piece?

Enamelling is the art of fusing glass on to metal. I create intricate hand-cut stencils that I then lay on to a copper. 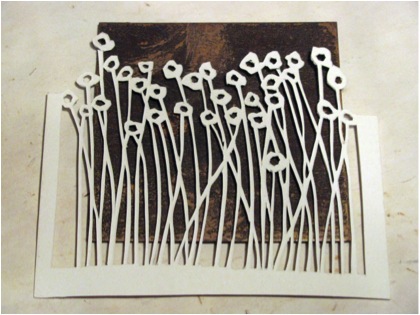 My stencils are inspired by trees, flowers, seed-heads and the landscape. 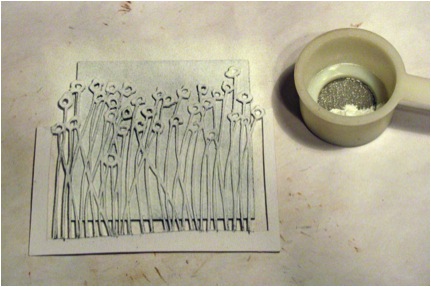 After sifting the powdered enamel over the stencil, the stencil is lifted and the panel is placed in a kiln at around 800 degrees for a minute or so. Firings are short, and repeated depending on how many colours I am using. 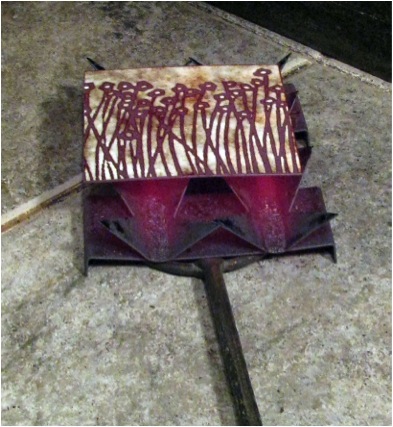 Can you discuss the commission you had in 2012 for Frenchay Hospital NHS Trust, in Bristol?

I believe it is unusual for a commission in a public space such as a hospital not to involve tenders or workshops with staff or patients, but I was invited to make a piece for an interior exterior courtyard and given free reign. I was inspired by the leaves that had blown into the courtyard from the outside of the building, and took the leaf shapes and related seeds and cones etc and supersized them for the large wall. The pieces were waterjet cut for me by Swansea University and then I enamelled the pieces in my kiln. I made the pieces so that they were the largest size that would fit in my kiln. I chose the copper coloured images so that they would reflect the light during the course of the day.

Shape is very important to your work, can you expand on that?

I am definitely interested in form and design as much as, if not more than, the process I use. Many enamellers will talk to you about the chemical composition of the enamel, the temperature, high firing etc, but I am all about the design. I do like to use the copper surface of the panel in my designs, and include this in my still life and fragments of landscape series as well as the my ever popular copper series, but I also like the very graphic nature of the images I create when using black and white in my monochrome series. I don’t really think about shape and line when I am drawing a new design, I think it’s just how I draw. 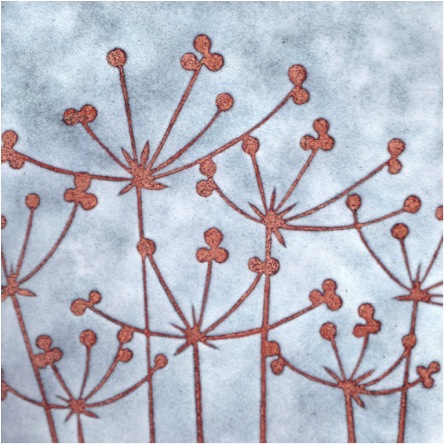 You have a large collection of cards with your designs, how did this section of your work come about?

This came about by chance. I have been selling cards for a number of years that I make by printing off images and sticking them down in the evenings at shows. They are inexpensive and sell well. The collection that is sold through Almanac cards was brokered by an online gallery that had been selling my work. No formal agreement was made for them to become my agents, it just sort of happened. I’m pleased with how the cards have sold – they are my designs, but the foils they have used and format of the cards is entirely created by the card company with no input from me. I am increasingly meeting people who have purchased these cards and more and more come to me to buy original panels. So it’s a great way of promoting my work. However, I do not sell the cards myself preferring to continue with my inexpensive range which I only sell at shows. 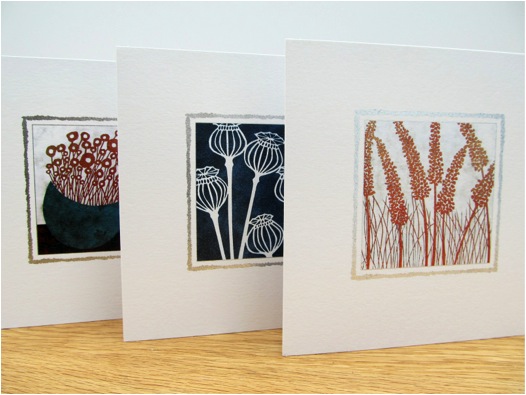 Discuss how you use nature for inspiration by reducing the known to an abstract form?

My designs vary from the fairly accurate to the very abstracted and imagined. I don’t make a conscious decision as to how I create a new design, I just start drawing. It depends on my mood and what I am doing at the time. 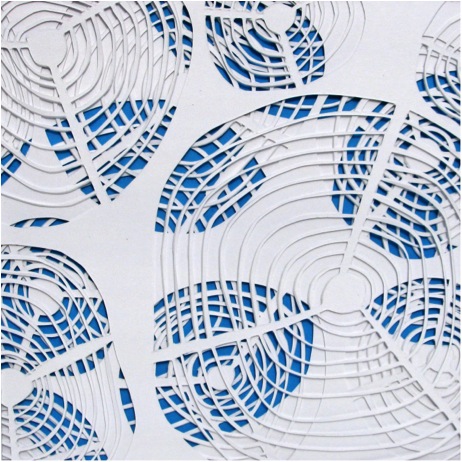 How important has the relationships you have with your galleries been to having your craft seen as art?

I am not sure that my work is seen as art. I struggle to get my work included in art fairs, though many galleries in the UK do have a mixture of art and craft. I don’t really like the distinction as I’d rather think of all art and craft as simply things that are made. Whilst on my website I do refer to myself as an Enamel Artist, I actually refer to myself in everyday life as a ‘maker’ and if I am asked what I do for a living I simply say ‘I make things’.

In 2009 you were elected a full member of the British Society of Enamellers – can you explain both the process and the importance of this membership?

It’s always good to be a member of groups and associations, and I was very happy to be elected a member of the BSOE. However, if I am honest I do not take an active part in this association. I am also a member of the Guild of Enamellers who hold AGMs which combine with skills workshops and I have been to several of these. My most important membership has been The Devon Guild of Craftsmen. This is one of the best craft guilds in the UK and has a purpose built gallery space as well as a large shop and café. I have had mini solo exhibitions there and taken part in many themed exhibitions that have contributed to changes in my work. For example, I created a panel with cups for an exhibition called ‘Cup’ and out of the success of that panel I have created a whole series of Still Life panels. I also made my standing figures for the first time for a Christmas exhibition there.

Your monochrome series is beautiful in its simplicity, please discuss?

I like the very graphic nature of the monochrome palette. Using the same imagery as my copper series, the tone of the piece can be entirely different when created in monochrome. These pieces do not have the ‘life’ of a copper panel, but they do have a very striking presence. 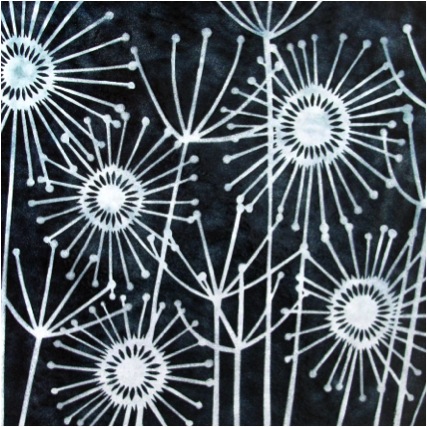 Fragment of Landscape series introduces colour – can you expand on this? 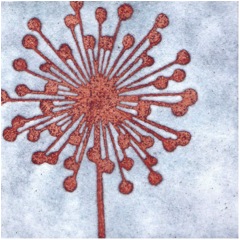 When I started enamelling I was making panels which might be six or seven firings of eight or ten colours. When I was trying to put together a collection to get into shops and galleries I pared down my colour palette to copper and white and black and white. Whilst I still use a very limited palette I have re-introduced red, blue and green with the Fragments of Landscape and Still Life series.

I am slowly re-introducing yellow at the moment. I have always loved colour and so it was bound to creep back in eventually. 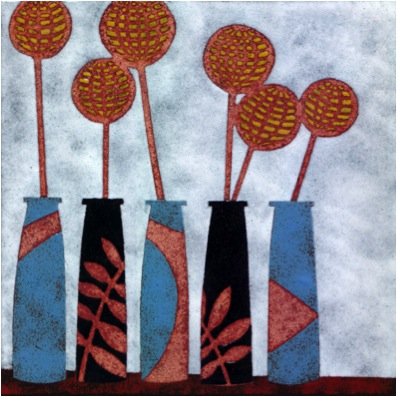 Standing figures – when and how did these come about?

The standing figures came out of need to do something a bit different. Every year I try to think of something new to show in exhibitions and in craft fairs so that the customers who see my work year on year see some development and there is something new to engage them. I did these for a Christmas exhibition at the Devon Guild of Craftsmen. 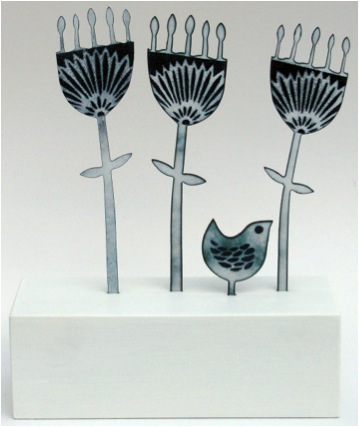 How did you come to work with this technique and what have you learnt from doing it?

Since 2010 I have become increasingly interested in one aspect of the process of my main practice – the stencils that I use to transfer my designs from the drawing board to my enamel panels. 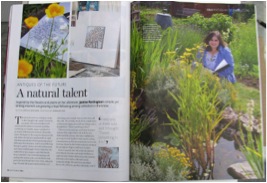 Following a photo shoot of my enamel studio in 2010 for BBC Homes & Antiques magazine, I spent some time examining the preliminary photographs taken of my stencils piled together, as they generally are in my workspace. I realised that one of the most pleasurable parts of my artistic practice was the hand-cutting of these stencils and was fascinated by the layering of the pieces. Consequently I have begun to explore this hand-cutting in more detail using both abstracted and natural images to highlight the play that can be had from the revealing and obscuring of parts of different layers and the building up of textures that this creates. I will be continuing to explore these relationships through hand-cut paper cuts over the coming months and years alongside my usual studio practice. However, I do not do many paper-cuts as time is seldom permitting. 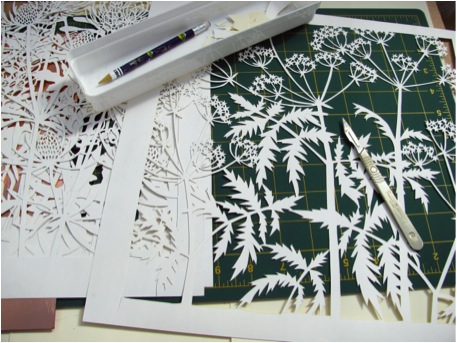 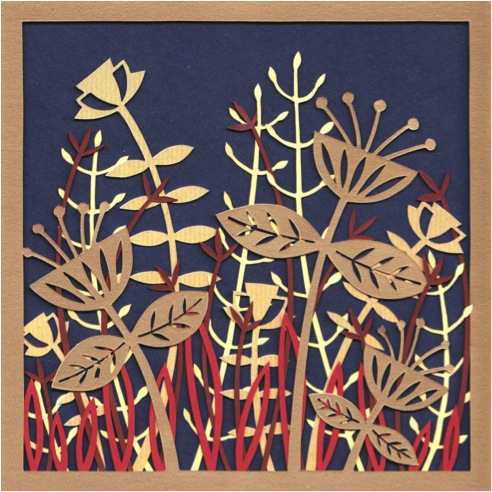 Exhibition is a very important part of your work, how and where do you exhibit?

Galleries and shops are very important to the sale of my work. Not only are they the biggest sales tool I have, they also promote my work so that when I have the opportunity to make direct sales through craft fairs and online my work is not an unknown. I would say that 85% or so of my direct sales are made to people who have seen my work previously or have purchased previously. I get a lot of people who will purchase my work at an exhibition and then decide they want more and come directly to me. 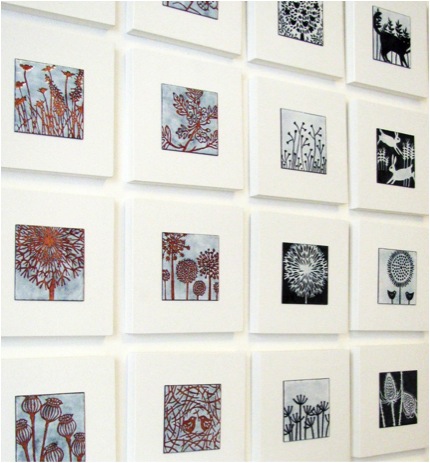 When I started out I would apply to a few galleries to get my work out there. Now, I am usually approached by a new shop/gallery. I am sometimes asked to take part in solo or group shows, but I still apply for many of these as well as craft fairs. Some shows I get to take part in year upon year, some I can never get into. Whilst I am doing well, any rejection is always hard to take. I often use exhibitions as an opportunity to try something new. But then also many galleries want what they know will sell, so there is always a degree of compromise. 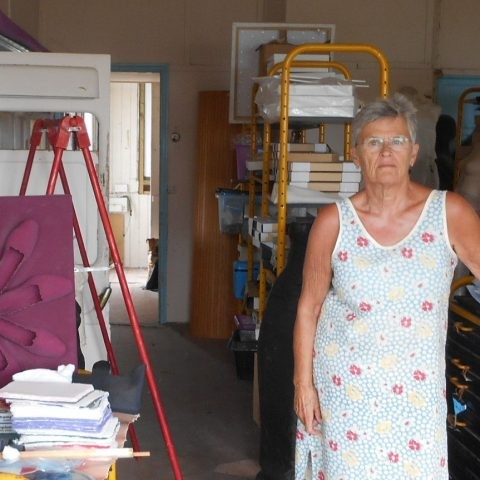 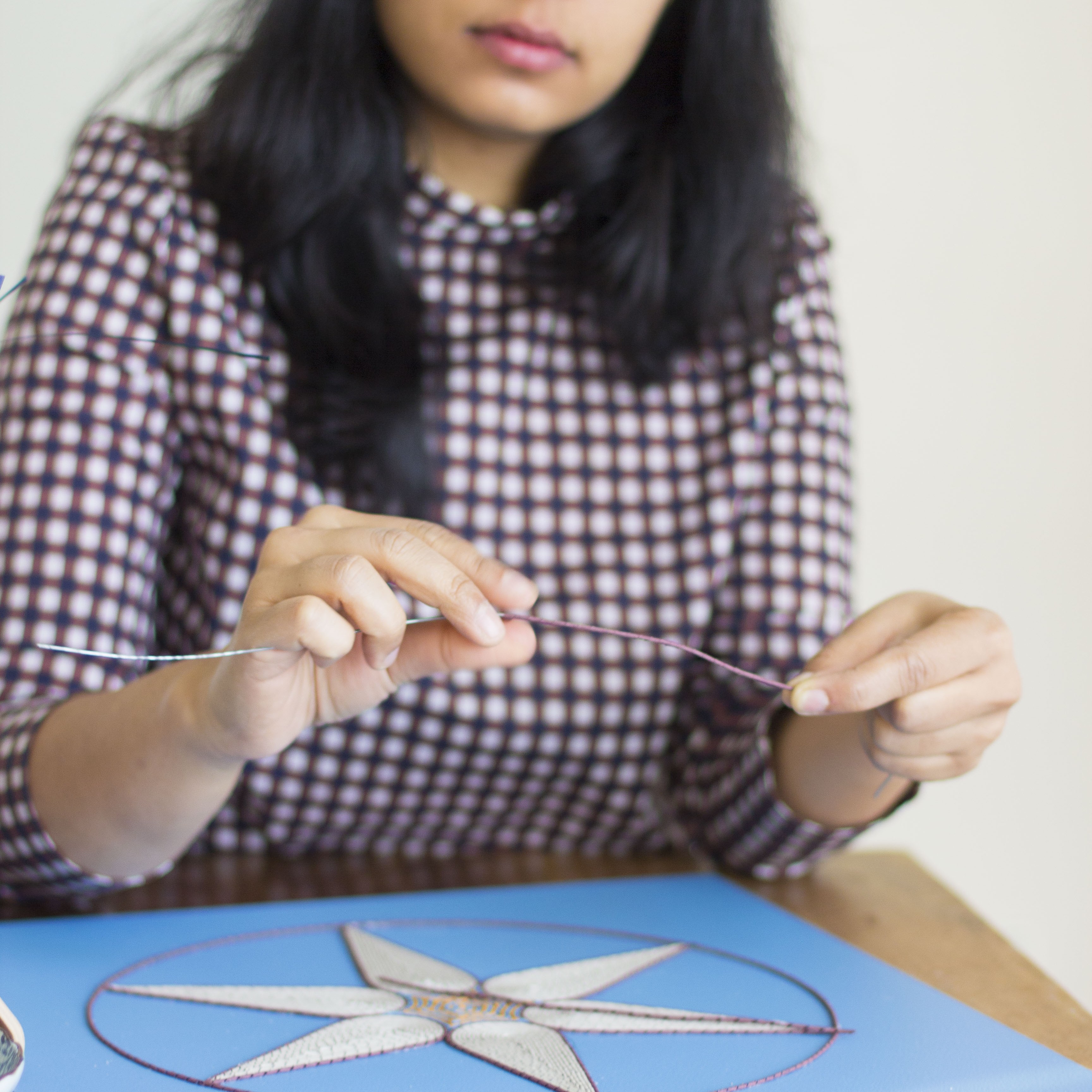 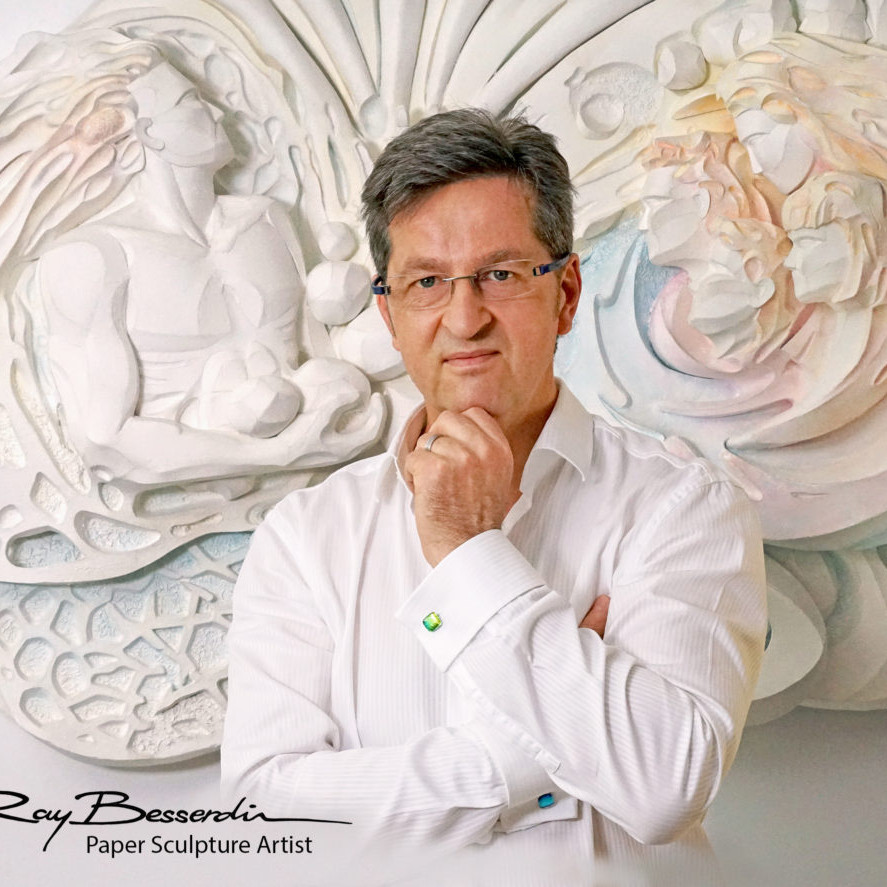