David Monahan an Irish photographer who became aware of current immigration following the GFC from Ireland. David knew that it had to be captured and recorded for history. This brought about the exhibition, “Leaving Dublin”.

Migration of the Irish is not new but often thought of as in the past. David Monahan’s photographs are all taken at night with background locations that have meaning to those leaving Ireland.

Globalization brings a very different immigrant today, with varying reasons to uproot and transplant. It comes with a life-changing experience for all involved, those left behind and those who are part of their new lives.

Zoneone Arts is delighted to bring David Monahan to you...

When did you come up with the idea of “Leaving Dublin”?

My relationship with migration was so close that I never even noticed or acknowledged it until about 3 years ago. When the feelings came I was chasing the idea of making a big project and so decided to do something about it. And Leaving Dublin was born.

Let me explain, my mother was one of 5 children and at the age of 17 all of her family had moved to Bristol in England. She was left alone in Dublin where she married her love (my dad) about 2 years later.

He was at the young end of a family of 7 children. Three of the seven left for a new life leaving the older section of his family behind. Growing up in Dublin, I had no family on my mother’s side, and of those on my fathers side there where 2 cousins of a similar age to me. I saw it as normal, although as a young child I do remember a sadness that my mother showed occasionally, especially around Christmas time.

Moving into the eighties things where very bad economically in Ireland so all of my siblings left town. I was in Dublin without any of them. One returned in 1999,
my dear brother Ian.
Still I felt this was all normal!

In the 2000’s, things were changing; we arrived at a point where no one had to leave Ireland. Unless it was their wish. I had an emotional response, one of happiness for the future. 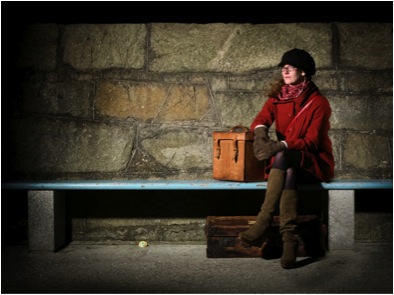 When the crash came I became retrospectively sad.
Seeing all the progress being washed away and things returning to the way they were for
hundreds of years before, I realised what awaited families in the future, I knew all about the thwarting of inter familial relationships caused by even the shortest of distances.

It was then that I made up my mind to give a face to those about to depart and to celebrate them as people, not mere statistics. 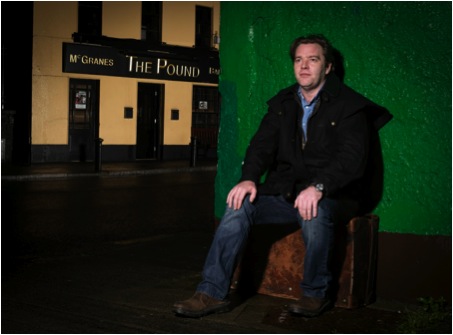 There are several links between all the photographs. Can you expand on
these?

There are several unifying factors that hold the work together as a series.
The invisibles being scale, perspective and composition.
The visible being the People and the suitcase.

All of the work is made at night and purposefully lit in an effort to make them as
dramatic and theatrical as is possible. 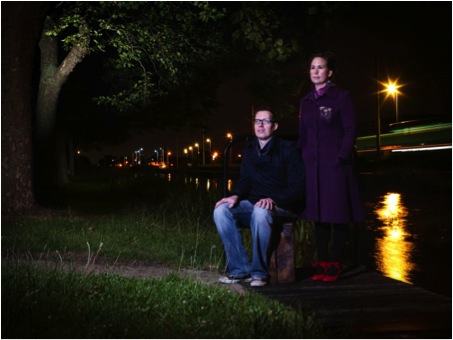 Locations are chosen by the sitter and it is always a place that has a special
significance to them. The background is carefully chosen in collaboration with the sitter.

Let me explain: they give me a location; I go there on the lookout for a suitable
background usually at night. I make several tests and send these off to the sitter with my suggestions and leave the choice of the exact scene up to them.

The suitcase itself came to me via my brother who used it as a table when he lived with his then girlfriend In London during the late eighties, early nineties. It was last stamped in at Tilbury Docks in 196I and for me it represents the waves of Irish migrations that went before this one. It makes this work with an eye to the past
and for me this suitcase is a nod of inclusion to those millions in this process. 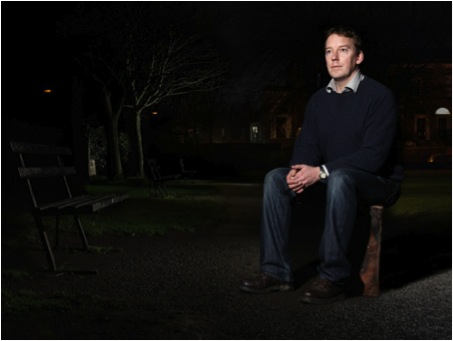 How did you go about getting the participants?

In March 2011 I put the following add up on my blog ‘Lilliputian’:

“It is my wish to photograph people (of all nationalities), who have made the decision to move from Ireland for economic reasons. In and around the city, juxtaposed with landscapes that are significant to their pasts.
If that sound like you, or you know of somebody who is about to move, please bring my proposal to their attention.

I want to make these works monumental, to show those depicted in a true heroic spirit. For after all they are making a huge jump into the void of uncertainty and this needs to be commemorated perhaps like never before!!”

“Please contact me if you wish to work with me on this project.”

This was my starting point and it grew from there. From the start to the finish of the project I have made a really big effort to stick to the principles laid out in this proposal. 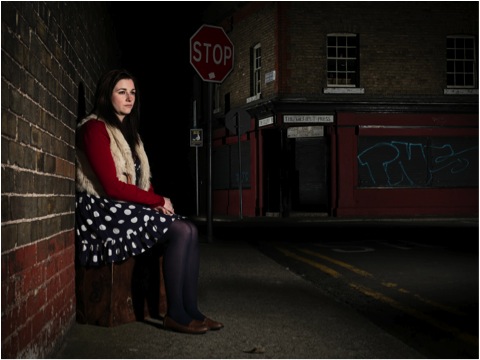 You have given a photograph to each group that sat, what do you think this has meant to them?

Yes! I have made a special sitters edition of 2 prints of each scene and although I have not given them to every sitter as yet, a significant number have prints and they do provide a very happy memory of a moment when someone intervened in their life to sit and celebrate in the quiet of the night, a very special passing. 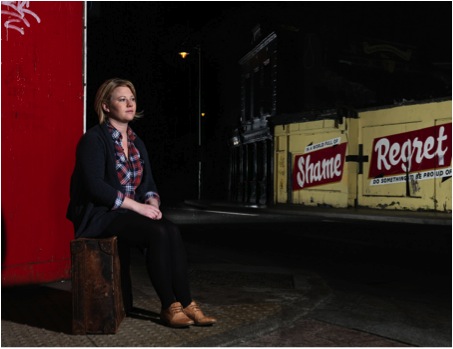 How many photographs did you have to select from?
Were you able to use all the sitters?

For the Melbourne show there was a total of some 70 images to choose from.

31 was the final edit and the only criteria involved in the edit process was trying to create an exhibition that hung well together. The show needed a good number of Australian immigration subjects – there were 8 in total. As it is a manifestation of the work in a particular place, for me the work is as a whole inclusive. Once shot a work is part of the piece. It appears in my chronological journal and on my blog as a post with information about the shoot and the sitters. When the work is finished and a book is published every image shot will be in the final publication.

The age demographics of the sitters in the photographs, can this be related?

Only in the case of Australia I suppose, there are different criteria in different
countries. For example there is free movement within the European Union for all Irish and European citizens. In this case age would not be a barrier, just language. 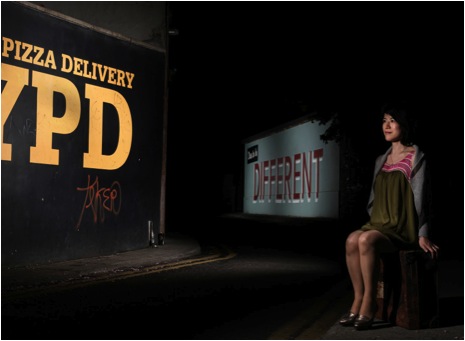 What period of time did the whole project take?

The Project has been active for the last three years and I am feeling it is about to come to its natural end. While in Australia I started to rephotograph sitters. I hope to continue this process into the future. The next step is dependent on the first, the process in actually ongoing.

How did you make the connection with the Melbourne Immigration Museum?

The immigration Museum had their eye on me after a news story about my work in The Age newspaper. In December 2011 there was also a feature in an Irish newspaper which gave an exhibition date in Dublin for the work. Within days of that
announcement I had an exploratory email from the Fantastic Lisa Collins at the Immigration Museum and the rest as they say….!

Can you tell us about the sponsorship for this exhibition in Melbourne?

The costs involved in the mounting of the Melbourne exhibition were born on the large part by Museums Victoria. Assistance was provided by the Irish government
via culture Ireland, who assisted with payment of the costs associated with the transporting of the works and other travel related items

Is the exhibition travelling anywhere else?

I am working on that right now and hope to announce another southern hemisphere venue soon!

Have you been to Melbourne to see the exhibition?

As this show has been the highlight of my photographic career to date, I was not going to miss the opportunity to be there for the Opening last October. 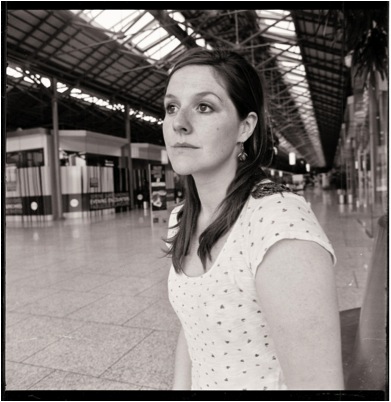 There is a video; can you discuss the making of this and its importance to the exhibition?

The video was made by video journalist John Francis for the museum. It is an integral part of the Melbourne presentation as it brings the works to life, tells each person’s story. Helping to direct the viewer towards the exhibition, which fills the brief of the Museum: to tell and share histories of migration.

Has there been any suggestion of a book?

In my head it’s always been a book but I feel we are about a year away from a realisation of this, I can’t wait! 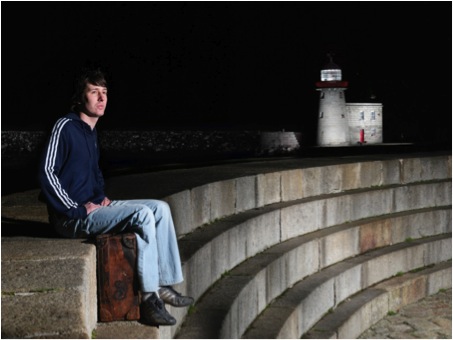 What were 2 or 3 things that you were told during this whole process that you
would like to share with us?

The trip to Australia for me was a huge experience. Looking back on my time there it seems like a dream. Many a beautiful thing was said to me during that period. To be honest seeing and hearing the emotional response of people in the space is something I will carry for a long time. My work connected, job done!! 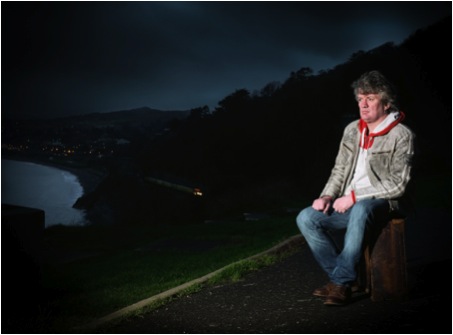