Benoît Averly, Burgundy, FranceBenoît Averly’s sculptures are large, strong, and come in many shapes the most amazing aspect is the material he uses; wood. Each piece needs to have a second and many more close looks to understand the material. “I decided to pursue the idea of working with wood and to explore the creative aspect of woodturning.” Benoît AverlyZoneone Arts is delighted to bring Benoît Averly to you… 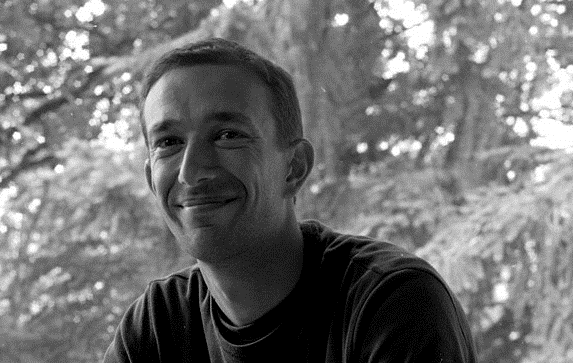 |In Wood Artists
|By Deborah Blakeley

xplain how meeting and speaking to Gilbert Buffard changed everything for you?

I met Gilbert Buffard in 2002. A friend of mine had taken a class with him and when I saw what she had made I immediately liked it. Since he was not very far from my place I called Gilbert and asked him, “What was the longest course it was possible to take with him.” He said “Eight weeks”, I said “I’ll do eight weeks.” And I did.

The idea was to discover something new and have fun. Not at all, to make it into a living. 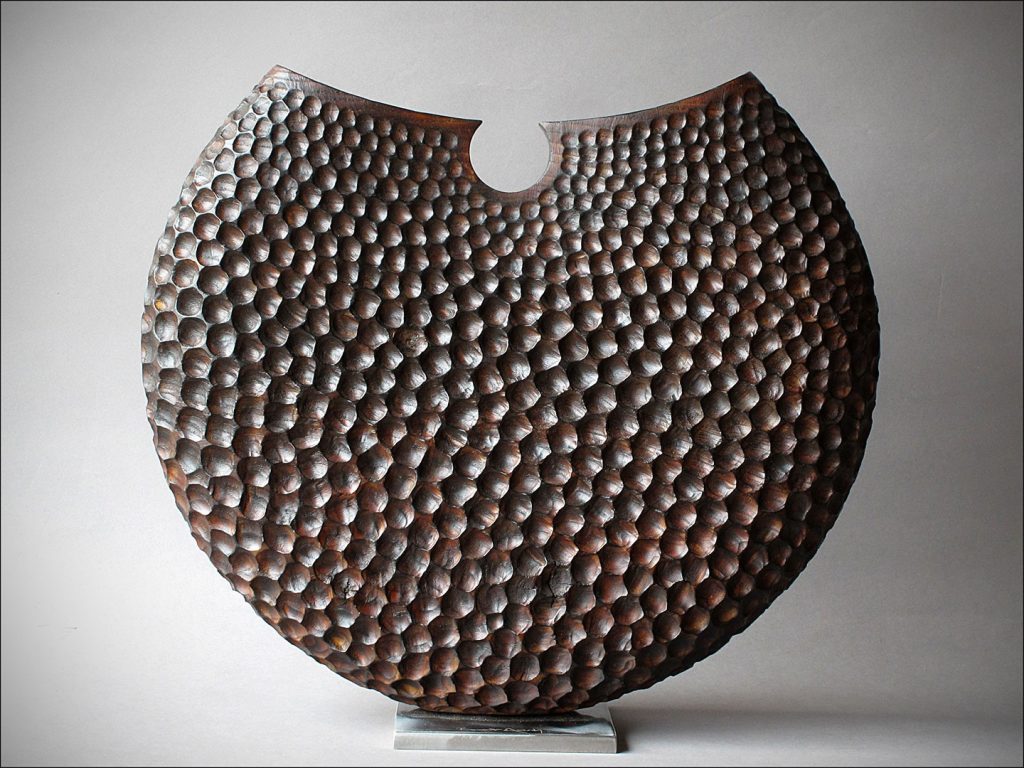 What lead you to take the momentous decision to become a professional woodturner?

I enjoyed my class so much that I bought a lathe and tools right away and started to turn little objects, mostly functional. People wanted to buy them, I knew I had to be registered as a professional to be able to sell.  This is how I became a professional woodturner.

Discuss the importance of “happiness” in a career means to you?

Happiness is both a result and cause. I need happiness to be well and creative and creating a sculpture makes me happy.

How has winning major prizes helped your career?

Winning different prizes helped me in many ways. The first one I won was a national prize given by the main craft organization in France, Ateliers d’Art de France. The prize was a great recognition of my work and also a free booth on one of the larger trade show on the planet: Maison et Objet in Paris. It gave me the opportunity to meet customers from around the world.

The purchase award I received in the USA in 2008 gave me recognition from the other professionals, and gave me great exposure.

Expand on why you dye many of the pieces of wood you use and why?

Wood by tradition is very rustic. At first I learned how to enhance grain patterns and natural colours of the wood. After a few years I was tired of this “traditionally”  look of the wood that we call round and brown. The idea was to give it a more modern feel. Playing with colours that are not usual in wood make it look different. Very often people ask, what the material is. 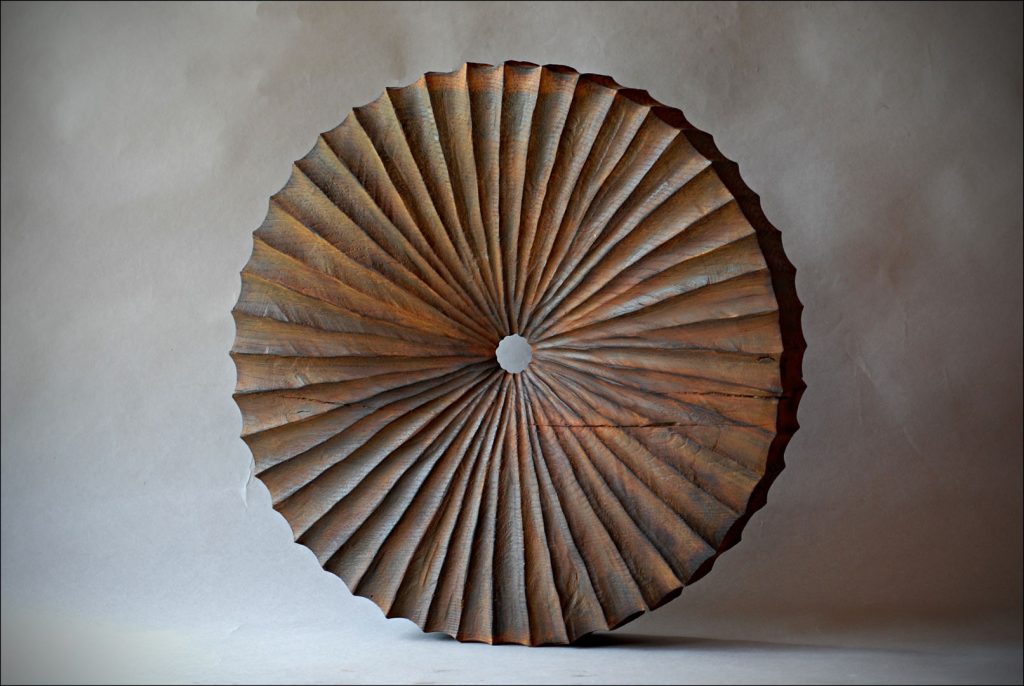 How have modern electric tools help your work?

I use only power tools. I can’t say it has helped my work since I have never worked with gouges, power tools are the base of my work.

Discuss how the environment of Burgundy, France influences your work?

I work where I live, I live where I was born, surrounded by nature.  Burgundy gives me the quietness and rhythm I need. 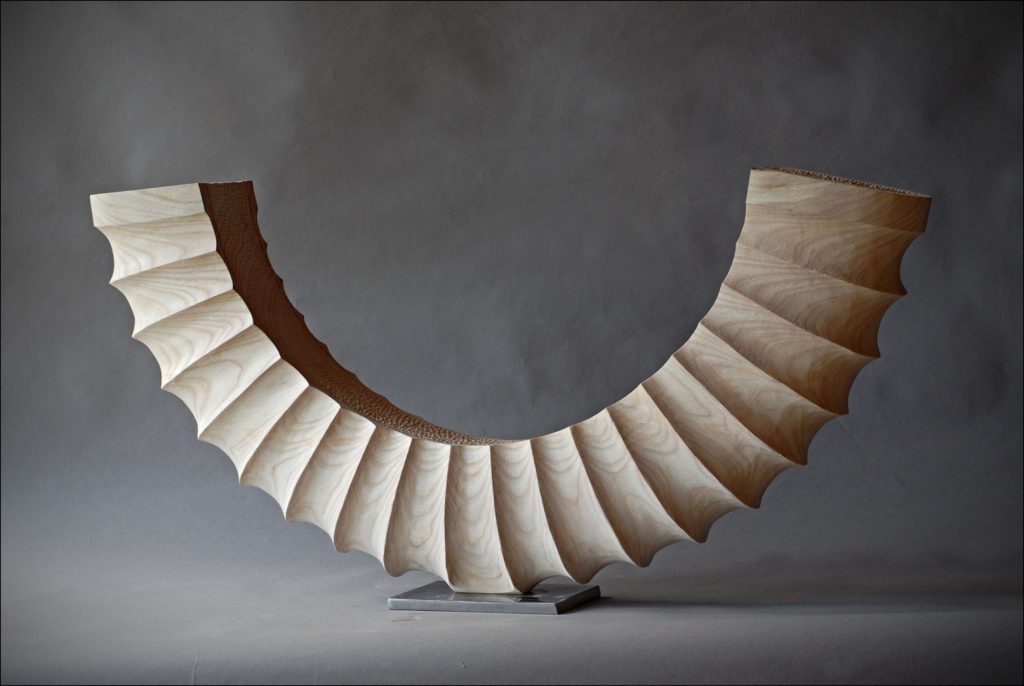 You describe your work as ‘a minimalist style’ expand on this?

I try to make pieces that to don’t take space in a room but rather create, or give space. I like simple shapes and repetitive patterns that are easy to look at. In this way it tends to be minimalist.

Keeping the work round?

The sphere was round, wood generally keeps its shape… So not hard to keep it round.

The technical and mathematical process in this piece?

Technique has never been what I have wanted to put forward in my work. What I make is simple. The most technical part would probably be turning the sphere, but anyone who has turned wood for a little while can more or less turn a sphere. For the metal part, everyone knows how to drive a screw 😉 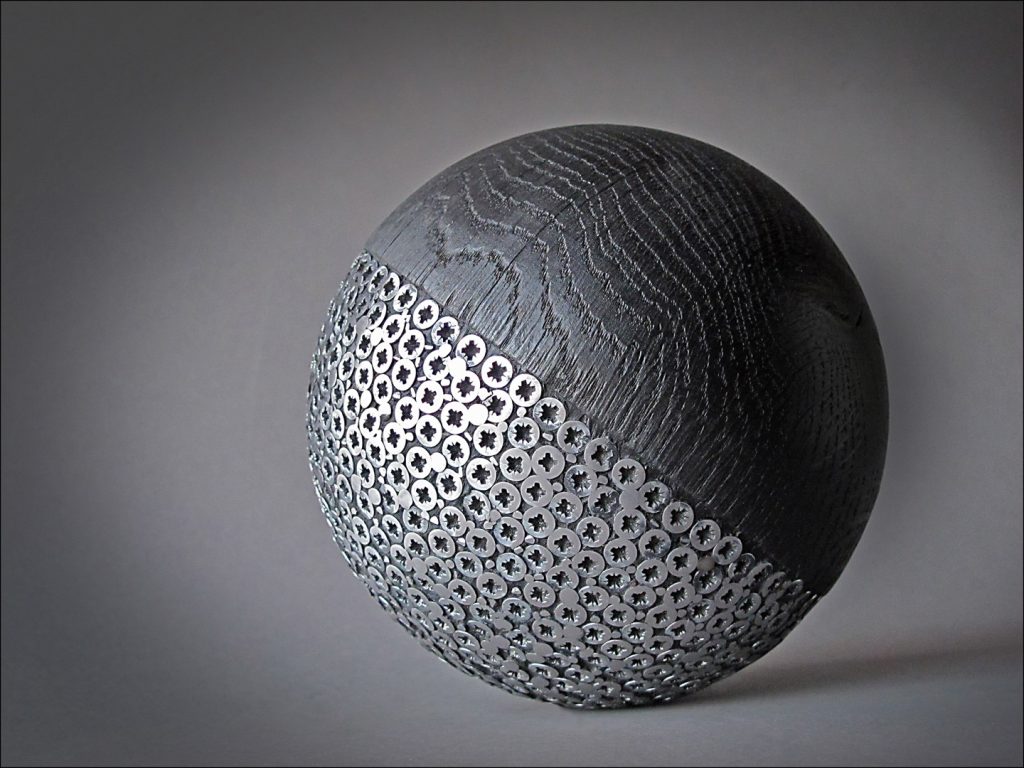 Discuss ‘Half Moon Ash’ and the marriage between man and nature in this piece?

Not much to say about that. Creating is by essence the conjunction of man and nature… 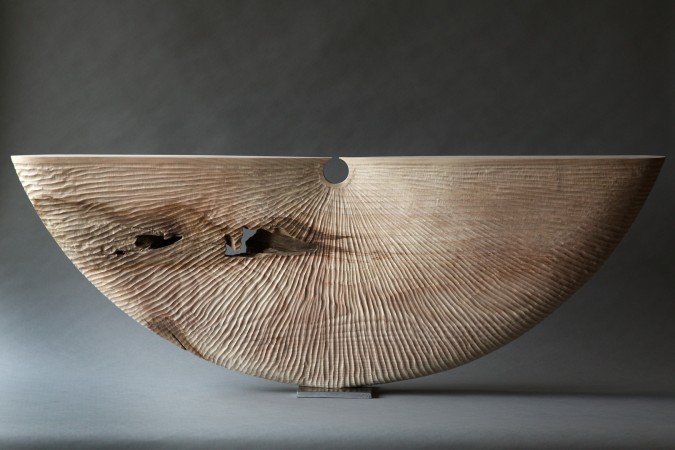 How many pieces do you have in the ‘Half Moon’ Series?

Discuss what leads and what ends a series?

A new shape doesn’t come up one day out of the blue. Usually the shape evolves slowly, from one piece to another. Drawing is also an important part of the work. 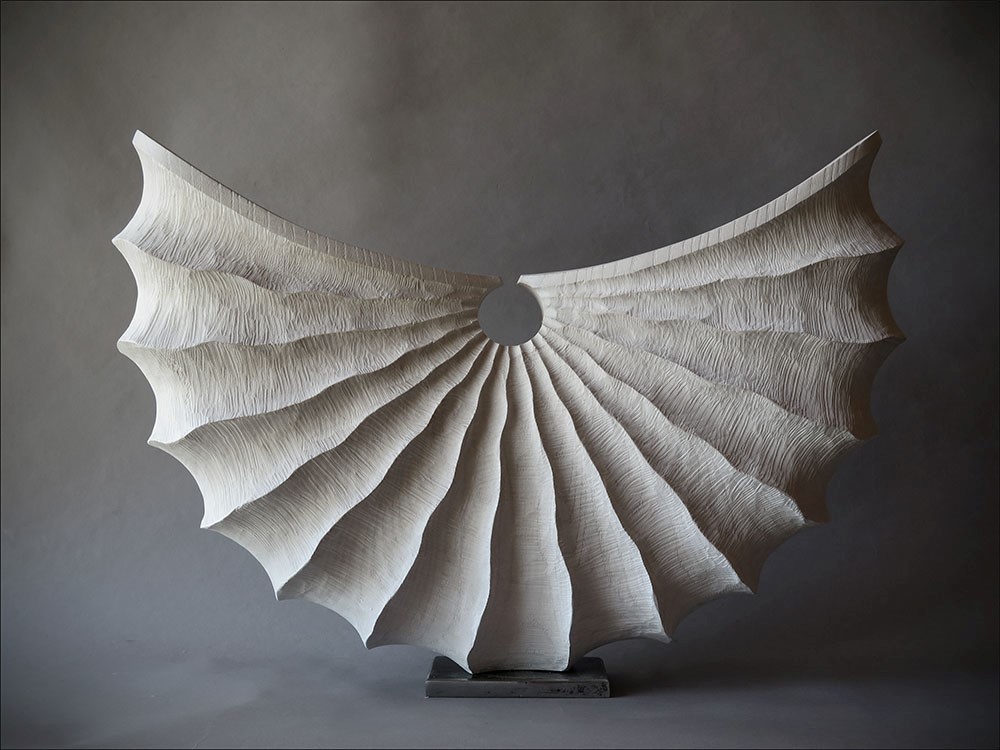 You also work with poles and columns, discuss?

Just another kind of shapes, people often call them totems which they are not. Explain your collaboration with Aude Tahon?

Aude is a friend, We received the same prize in 2006. We have done several exhibition together. One day we received a call entry for an exhibition in a gallery in Paris called Duet. The idea was to have two persons working different medias create together pieces for that exhibition. We made three rings that we showed only once in 2010. They sold last month ! 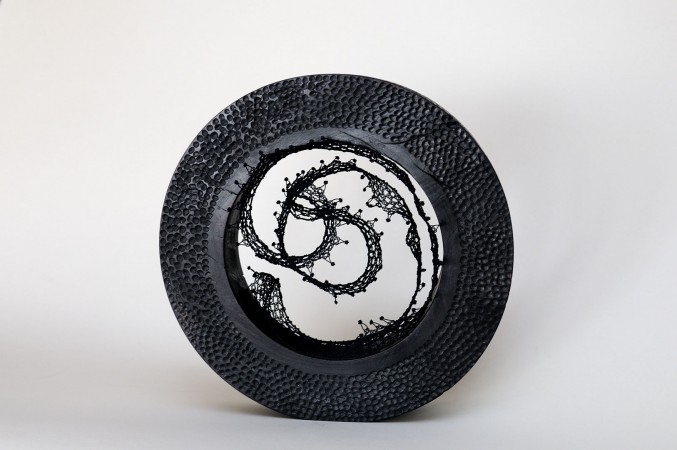 Your murals range from 50cm to 300cm discuss how you cope with the restrictions wood has on your work?

Wood is a live media and large surfaces have a tendency to wrap, distort and split. Using top quality woods, and cutting it well minimizes that. For practical reasons, large pieces are made in several panels that make them possible to transport. Be the join visible or not.
I have been lately working with a new technique that consists on using small pieces of wood and assemble them without gluing them. The joins are then intentionally visible. This will allow me to work on infinite surfaces. Many of your panels have a very oriental feel due to the shapes, discuss?

Some will say Aboriginal, Nordic, or African… I just try to keep it simple, people link it to whatever they have already seen… 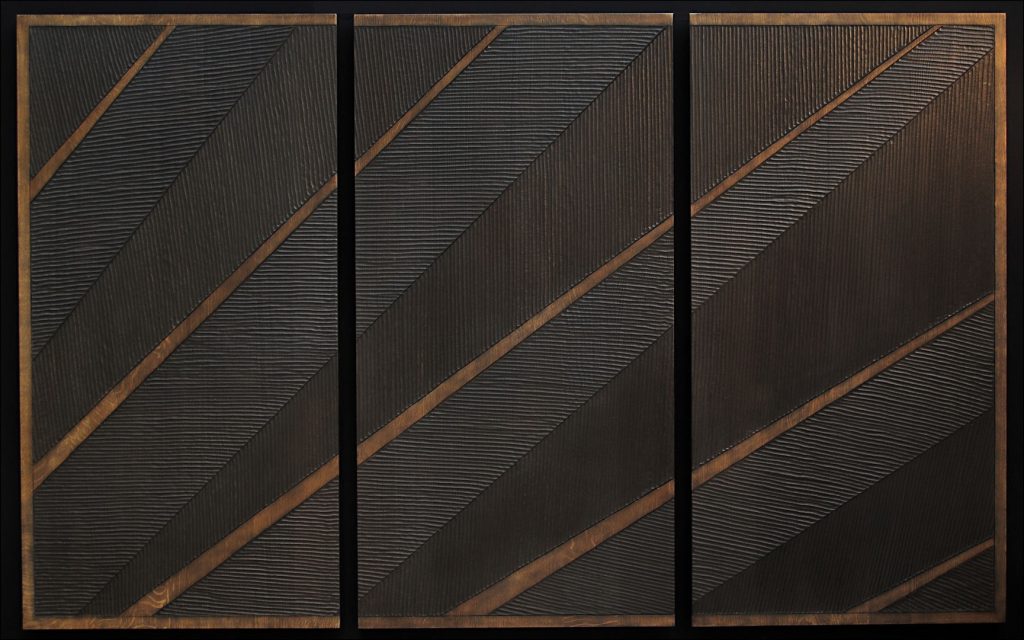 The photographs of your work is exceptional discuss the importance good images to your career?

Before people see my work in real they see pictures of it most of the times. If the pictures are not good they won’t want to buy it and see it in real. Most of what I sell my clients choose it from photographs As well as doing these amazing sculptures, and murals from 2003 to 2015 you still find time to give; through demonstrations.  Why is this such an important aspect of your time?

It is not such part of my time, maybe once or twice a year I travel to demonstrate. It is nice to pass on the knowledge and give the techniques to others.  Didn’t I learn from others? It makes me travel in countries I would never have been to otherwise which is always nice.
I just pay attention not to spend too much time teaching and demonstrating as I want to concentrate on my work. It would be easy to teach all year round and earn enough.

I live of my sculptures, demonstrating and teaching is only 2 or 3 weeks a year maximum. 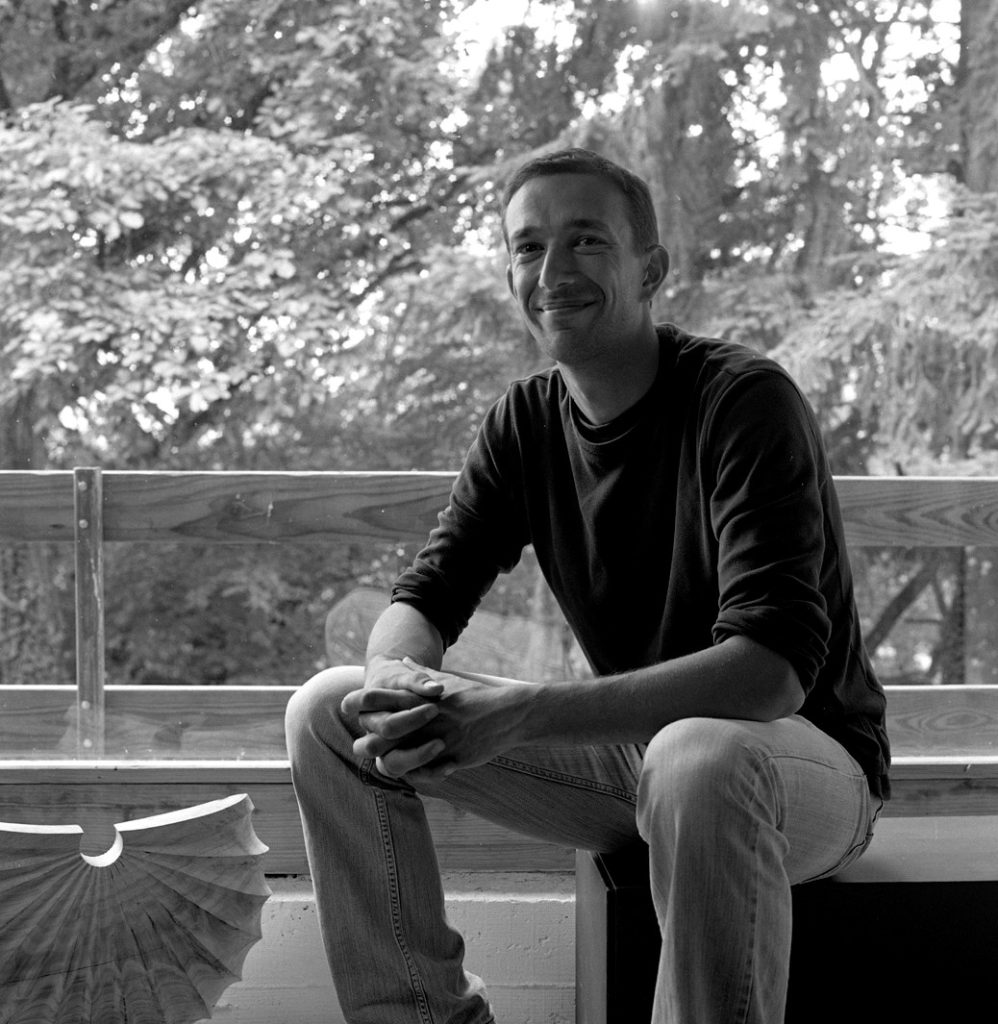 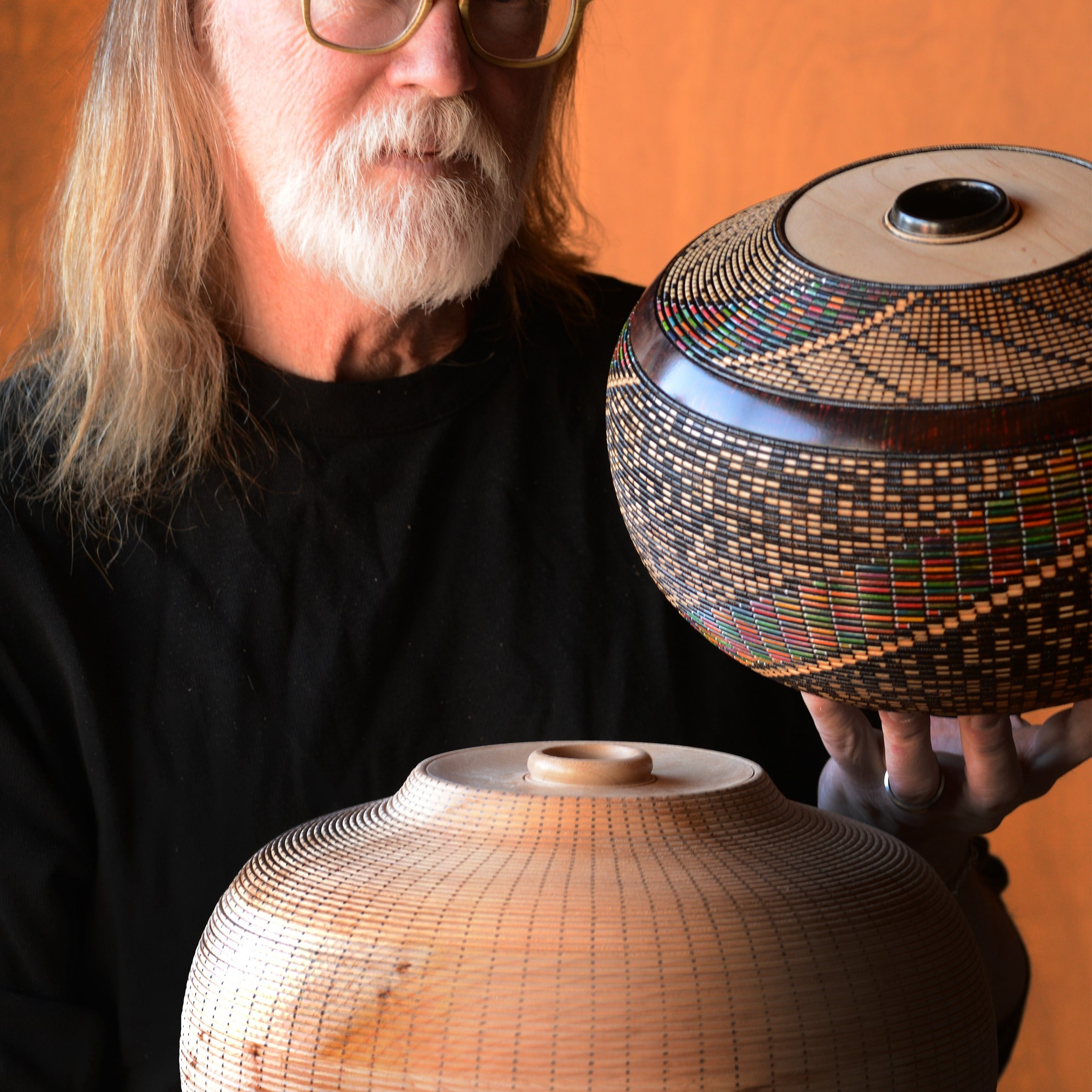 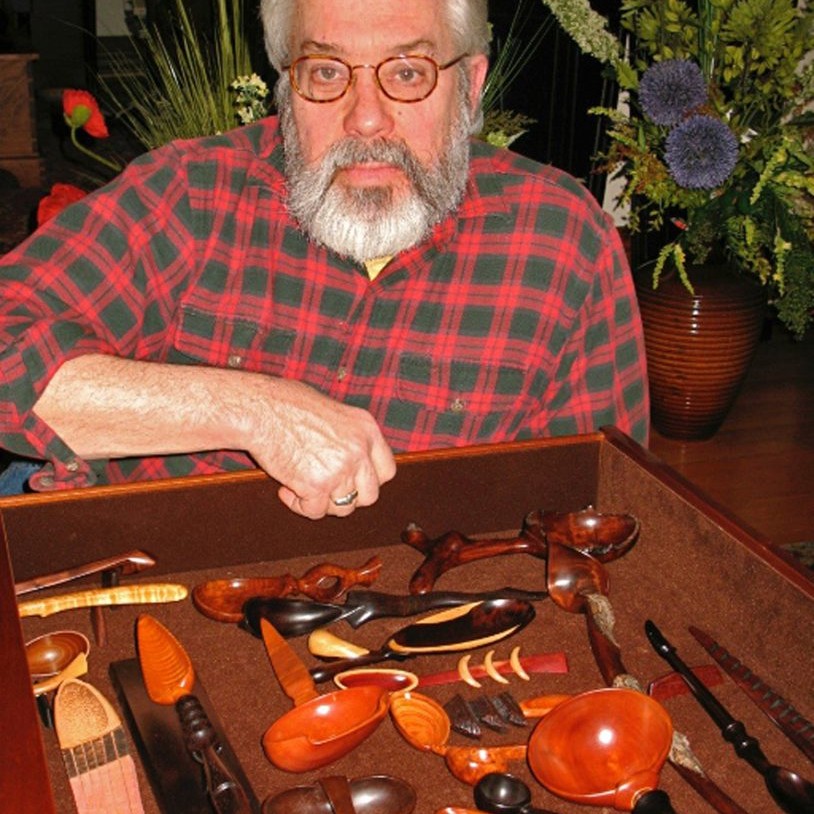